Hello, thank you for popping in.  I do really love the Sunday of a bank holiday weekend, it's lovely to be free of the forthcoming Monday pressures.  The Best Beloved was away last night so this morning I took myself off to the café in the park for breakfast and sat outside in the sunshine with my book, birdsong and two pots of Earl Grey tea.  Absolute bliss, and I think I had the best of the day as the sky is grey now.

I'd like to show you some more of our trip to Anglesey.  It's a small island but there are so many different kinds of places to explore and we visited three of these places for the first time, even though we have been to the island many times. 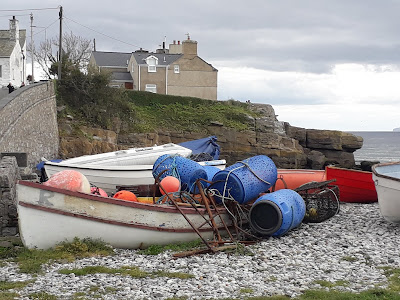 There is a little place by the beach at Moelfre which makes and sells ice cream.  I chose liquorice and I know that will divide opinion but I love liquorice and I've never seen liquorice ice cream before, so it had to be done.  I can report that it was everything I hoped it would be...and that it made my tongue go numb!  We sat beside each other on a bench which overlooked the sea while we ate our ice creams before going for a little wander on the shingle.  I found a stone with a hole in it for my friend, who collects them, and I'm sure you won't be surprised that I picked up a few shells as well. 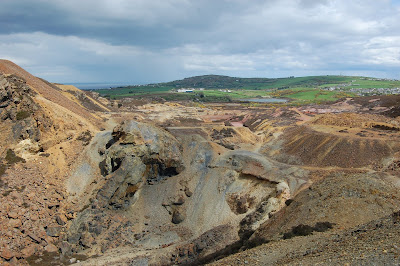 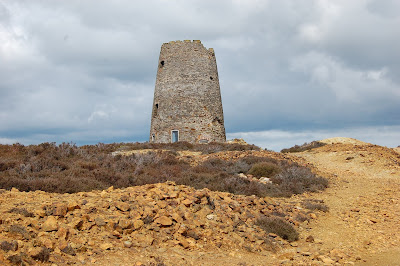 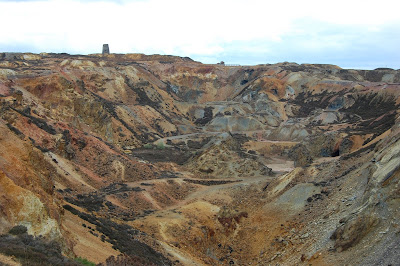 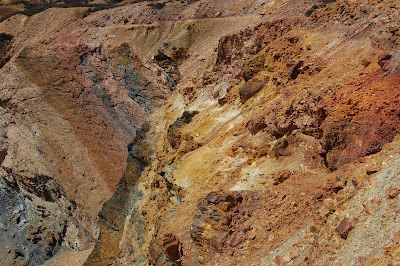 Copper was first mined here in the Bronze Age but the Great Lode was discovered in the 1760s and in the 1780s the mine was the largest in the world, causing the area to become known as Copper Kingdom. It's an extraordinary landscape and you can walk all around it.  I found the colours mindblowing in the sunshine, I'm sure there's inspiration here for a yarny project. 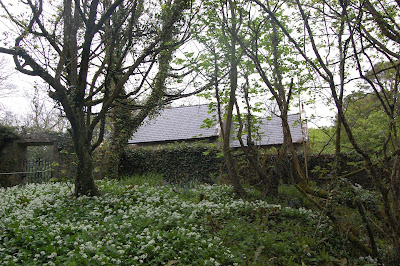 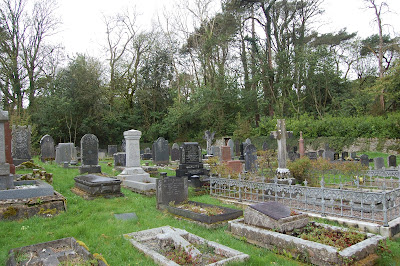 There is a thirteenth century stone carving of the Crucifixion in this church which I was keen to see.  The building stands in an isolated spot about half a mile outside the village of Marianglas.  We drove down the lane and into the woodland, enchanted by the bluebells and wild garlic, before parking the car and ascending the slope to the churchyard.  It felt quite magical, almost like something out of a fairytale, and I came back down to earth with a bump when I discovered that the church door was locked.  We wandered around the churchyard instead, which is oval and surrounded by trees.  It was a very pleasant place to be, listening to the birdsong and reading the headstones.  Although I was disappointed, I wasn't, if that makes any sense, because of that magical feeling.  It's a special place.  Next time I go to Anglesey I intend to contact the vicar in advance and ask if the church can be unlocked so that I can see inside (he's already offered to do that for me but I didn't like to disturb him during the week after Easter when I know that many clergy have a quiet time after the busyness of Holy Week and Easter) . 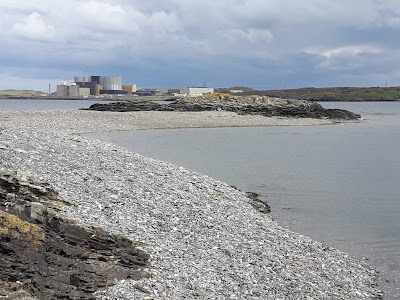 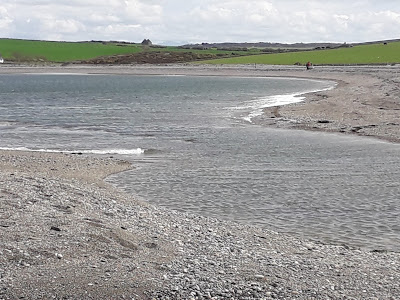 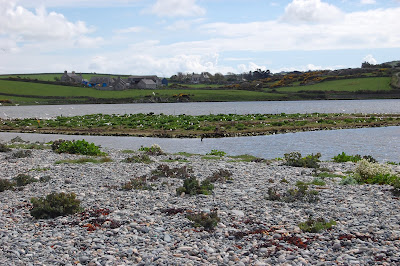 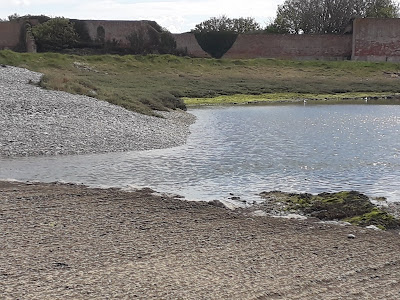 In the 1930s the local landowner, Captain Vivian Hewitt, built a dam and a weir to drain the saltmarshes here and form a lagoon which is divided from the sea by a shingle ridge (you can see the ridge on the right of my second photo).  In the lagoon there is an island which, with the ridge, is home to the only nesting colony of Sandwich terns in Wales - there are Arctic and common terns here, too.  Captain Hewitt was a keen ornithologist and you know how they say, "Build it and they'll come,"?  Well, he built it and they came.  He also built a substantial brick wall around his garden to provide shelter from the wind so that he could plant trees, again to encourage the birds (you can see the wall in my fourth photo).  I like the sound of Captain Hewitt.  It's still a very windy spot and while the Best Beloved walked the length of the ridge, and reported back that it's hard going on the legs, I sat in the shelter of some rocks and watched the sky, the sea, endlessly fascinating as the light changed, and the birds.  Those terns are VERY noisy so although my photos look quite serene, my ears were bombarded!  The area of the ridge where the birds nest is roped off from April until the end of the summer, so please don't worry that they were disturbed by the humans who had come to see them.

If you read my last post, this is the beach we drove to from Penmon Priory.  I have a very happy memory of a family picnic held here on a gloriously sunny day in 1998; there were fifteen of us, aged 3 months to 88 years, four generations.  It is the south-eastern tip of Anglesey and that island you can see is now called Puffin Island but it's Welsh name is Ynys Seiriol, Seiriol's Island, because it is where St Seiriol retired to towards the end of his life (there are monastic ruins there, too).  The lighthouse stands to warn shipping traffic that treacherous rocks lie beneath the waves and tolls a bell every thirty seconds.  I am delighted to report that The Pilot House Café sells the most delicious mint choc chip ice cream I have ever eaten, with generous shards of real dark chocolate.  So, if you can spare another eighteen seconds, here is a little film of soothing waves lapping onto the beach and, towards the end, the sonorous bell of the lighthouse (I've had a bit of trouble with this so please let me know if it doesn't work and I'll replace it with a still photograph).

I hope you can understand some of the reasons why I love spending time on Anglesey.  I can barely wait for my next visit!