Hello, thank you for dropping in.  Is all well?  The Best Beloved and I sat out in the garden in the sunshine for three quarters of an hour this afternoon, drinking tea and watching the butterflies.  Hasn't it been a glorious summer for butterflies?  We have two buddleia, one enormous and one much smaller, and on the smaller one we saw at least eight small tortoiseshells, two red admirals, a painted lady, a comma and some kind of white, all five species there at the same time.  I've never seen so many small tortoiseshells together before.  A few bees were still searching for nectar inside the pink flowers of the hardy geranium and right next to us, a brazen robin sat on a branch of the large buddleia to sing his song.  It all felt rather idyllic on a late summer afternoon.
We are back in the school routine again now but on the last Friday of the school holiday we drove out to Wales with our children and grandchildren, to Llanrhaeadr-ym-Mochnant in Powys and then we climbed out of the village on the narrow, old drovers' road to Bala for four miles.  The road no longer goes all the way to Bala, it stops at the tallest waterfall in Wales, taller than any in England, Pistyll Rhaeadr.  We have been coming here since our girls were small and we have many happy memories of picnics by the shallow river, paddling in the pool at the bottom of the falls and climbing the path to the top to look at the stunning views.  This was to be Tom Kitten's and Cottontail's first visit and although we didn't expect her to be particularly bothered at the grand old age of six weeks, we were all looking forward to playing in the water with Tom Kitten, who was wearing his wellington boots especially for the occasion.  Here are some photos the Best Beloved took in August 2010. - 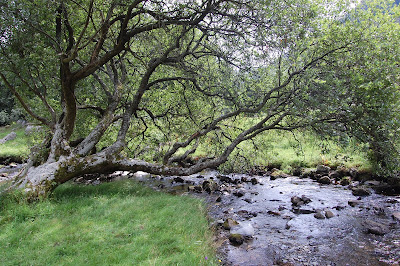 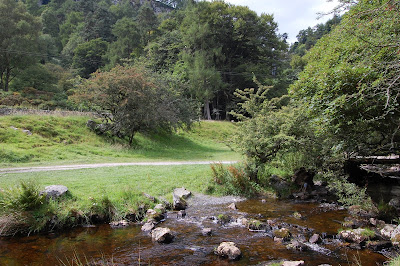 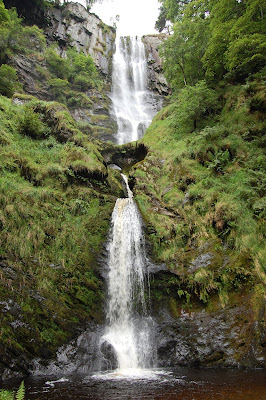 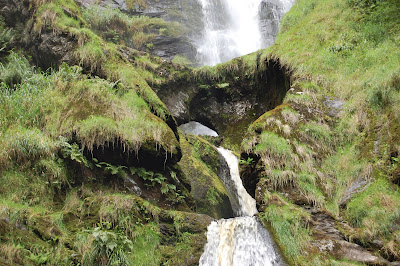 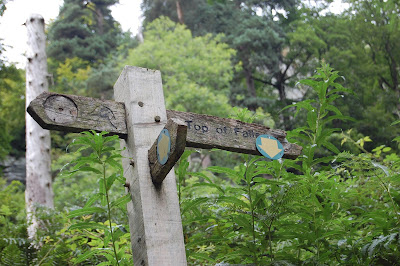 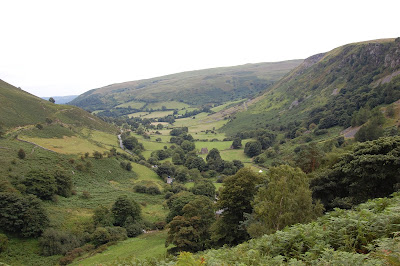 The last time we visited was two years ago when the Best Beloved and I came by ourselves on a beautiful warm, sunny day in April.  I sat on the rocks beside the river and he climbed through the woods on the opposite bank to take some photographs before coming back down.  We didn't take a picnic that time, but we bought ice creams in the tearoom and sat outside on the terrace in the sunshine to eat them. - 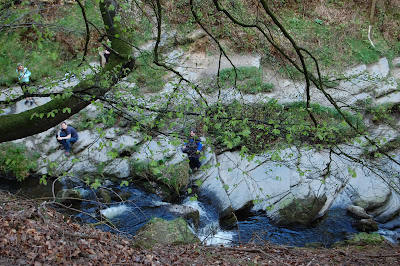 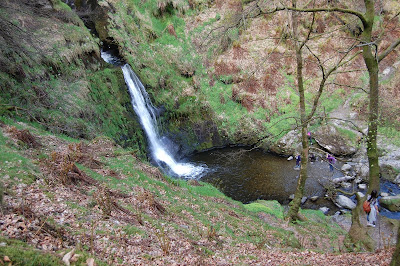 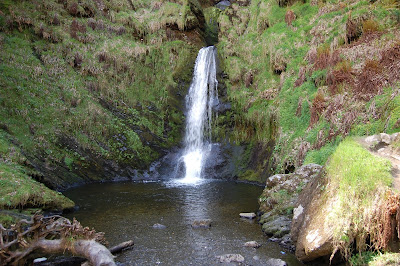 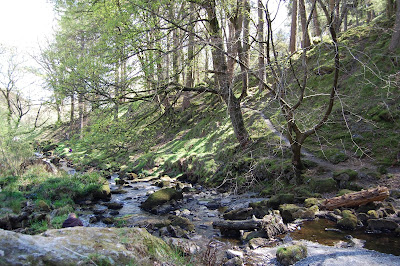 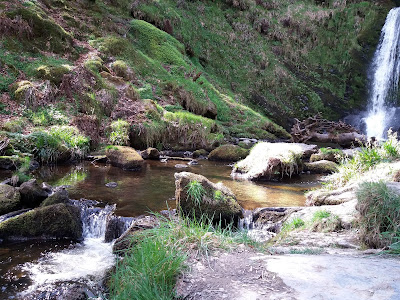 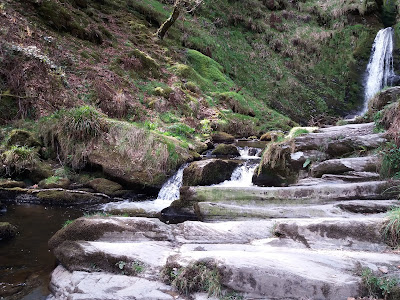 Can you see why we like it here so much?  On this last visit we noticed that the atmosphere had changed: people were queuing up to stand on the rocks in front of the waterfall, at the edge of the pool, or on the bridge near the tearoom, and take selfies on their mobile 'phones before walking back to their cars. The purpose of their visits seemed to be to take these photographs, presumably for their social media accounts, rather than to enjoy being there.
So, this time we drove past plenty of cars parked beside the narrow road, I guessed because the owners wanted to avoid the parking charge, and we paid £4 for each car to park in the car park.  I then paid 20p to go through the turnstile to use the public loo, which was very clean and well-kept and worth every penny of that 20p.  We gathered up our picnic paraphernalia and walked through the overflow parking field where we noticed that a lot of new fencing had been erected since our last visit.  We were about to go through a gate when a woman hurried up to us and ask where we were going.  "We're looking for a place to picnic by the river," I said.  She replied that there was no public access to the river and that she was expecting a wedding party.  "So where can we picnic?" I asked.  "In that field," she said, pointing.  "Which field?" I asked.  "Where those cars are," she replied, pointing towards the overflow parking field.  So we spread out our blanket and ate our picnic beside the parked cars.  I was very disappointed and thought that I wasn't sure that I would pay £4 to park if all I could do was walk up to the falls and back to the car.  I suppose some people might go for a proper hike, in which case the parking is probably worth £4.  The Best Beloved even said that it might be the last time we visit the falls, which made me feel sad because they are very beautiful.
So, if you want to go to Pistyll Rhaeadr you can still walk up to the falls but there isn't really anywhere to linger at the bottom unless you want to spend time in the car park, which I don't, or the tearoom, which I don't.  I am happy to report that Tom Kitten did enjoy being in the water, even when he went too deep and it flowed into his wellingtons.  His little sister slept in my arms and really wasn't bothered.
I have just found this 1985 shampoo advert on YouTube which some of you might remember.  At the time I thought it was filmed in some exotic paradise, but the actual location was Pistyll Rhaeadr - not exotic, but still a kind of paradise.
See you soon.
Love, Mrs Tiggywinkle x
Posted by Mrs Tiggywinkle at September 08, 2019