Five On Friday - The Tollhouse

Hello, thank you for dropping in, especially if you have come here via the lovely Amy at Love Made My Home, you are all very welcome.  Today is the first anniversary of Five On Friday so first of all THANK YOU to Amy for setting it up and hosting for us.
The Best Beloved and I have been back to visit Blists Hill Victorian Town in Madeley in Telford and today I would like to show you the tollhouse.  Designed by Thomas Telford, the county surveyor after whom the new town was named, it was built in the early nineteenth century and stood on the Holyhead Road, now the A5, north of Shrewsbury.  When the road was widened in the early 1970s, the tollhouse was due to be demolished but instead it was rescued, dismantled brick-by-brick and rebuilt here at the open air museum. 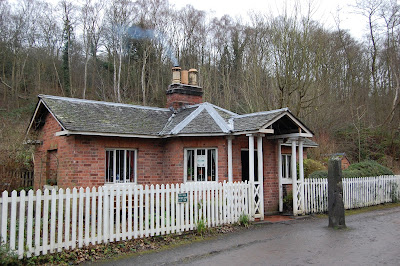 Shall we go inside?  If we go through the parlour at the front of the house we can go straight into the kitchen, the heart of the home, where the fire was lit for warmth and for cooking - 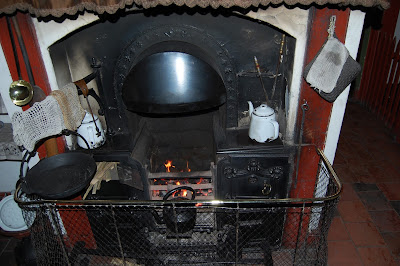 
There are two bedrooms; here is the master bedroom, with a wooden cradle on the left, right beside the bed - 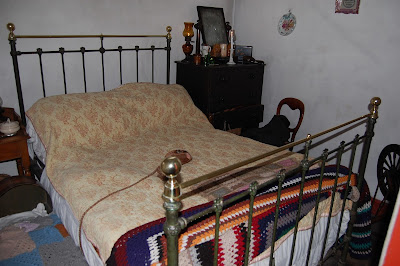 
and here is the bedroom in which the children would have slept, four or five of them - 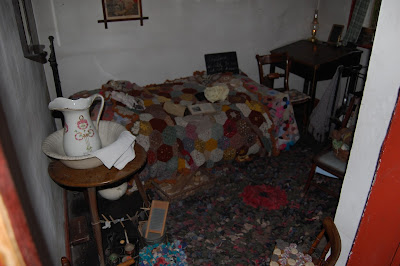 
The patchwork cover on the bed and the rag rug on the floor were matters of necessity in times when money was short and nothing could be wasted.
Outside the house, there is a garden in which vegetables were grown to feed the family.  There is also one of these - 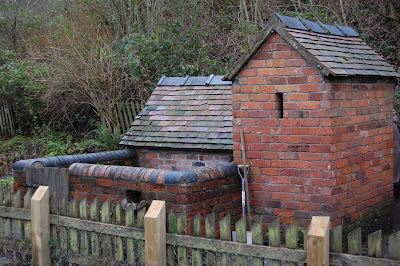 Do you know what it is?  The lower building on the left with the wall around it is a pig sty.  Every year, the family would rear a pig, fattening it up before slaughtering it for the family table.  The winter frosts would clean the empty sty before a new piglet was bought the following spring.  The building attached to the right is the privy (toilet).  Well, I suppose it made sense to keep all your stinky smells in the same place!  Gentle reader, I have a special reason for showing you this little building: I live in a little Victorian terraced house and when I moved in, there was in the garden the ruins of a little brick building.  These same ruins were in our neighbours' gardens too, and I eventually discovered that each house was built with a pig sty in its garden.  However, having worked out the footprint of the sty, we just couldn't work out what the extra bit was for and it was only when we visited Blists Hill and I saw this, several years later, that I realised it was the privy.  So there would have been a set-up exactly like this in my back garden.
I hope you have enjoyed my five pictures of the tollhouse at Blists Hill.  If you would like to find out more about it, have a look here, and if you have time, pop over to Love Made My Home and see what everyone else is sharing this week.
See you soon.
Love, Mrs Tiggywinkle x
﻿
﻿
﻿
Posted by Mrs Tiggywinkle at February 19, 2016