Hello lovely readers, thank you for dropping in.  In July I wrote about how I had rediscovered my reading mojo after it went missing a couple of years ago - that post is here.  At the beginning of this year I set myself a reading target of twelve books, one each month, a great improvement on the two books I read last year, and in July I was excited to report to you that during the first six months of the year I had completed nine books, three quarters of the journey with a whole six months to go.

I finished the twelfth book on 16th August and at that point I considered resetting the target but decided against it because I didn't want to put myself under any pressure, I wanted to enjoy and savour each book I read without feeling the need to rush to the end and pick up another.  However, nagging away at the back of my mind was the thought that as I had read nine books during the first half of the year, I should be able to read another nine during the second half, giving me a definitely-not-a-target of eighteen books.  At the end of September I finished book number fifteen and a sneaky thought entered my head: as I seemed to be reading at the rate of one book per fortnight, could I read another six books before the end of the year, taking the total to twenty-one?  I really wasn't sure because December is usually a very busy month, and twenty-one seems a humungous number compared with twelve, so I tried to stamp on this thought, but it was resilient and kept springing back up.  I continued to read at an enjoyable pace and last Saturday, the day before Advent Sunday...I completed book number twenty!!!!!!!!!!!!!!!!!!!!!!!!!  Would you like to have a look at the eleven books I have read over the last five months?  Here they are - 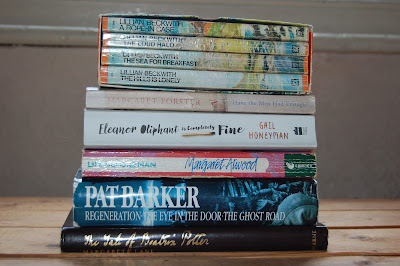 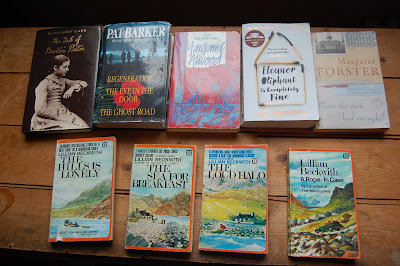 It's an eclectic selection.  If you read my summer posts, you might remember The Tale of Beatrix Potter, an excellent biography published three years after Beatrix's death and updated in the 1980s, and Pat Barker's Regeneration trilogy, set during The Great War.  Margaret Atwood is one of my favourite authors although I read Life Before Man slowly as it is very textural, if that makes sense, each sentence making me think, "Why has she written that?  What is the hidden reason?"  All of these books have earned their places on my bookshelves and will be staying.  My daughter lent me Eleanor Oliphant is Completely Fine and I had read so much about it that I didn't let it linger but read it straight away.  It is an easy read but Eleanor will stay with me for a long time; I think everyone should read it.  Have the Men Had Enough? is about a family's struggle to look after Grandma as she becomes too frail to live independently and, sadly, I don't think society has moved any further forward with the issues the book raises since Margaret Forster wrote it thirty years ago.  It's a sobering tale.

For as long as I can remember the boxed set of books by Lillian Beckwith stood on my mother's bookshelves (that has made me giggle because I think the phrase "boxed set" means something completely different to many people nowadays) and I have often glanced at it and thought, "I'm going to read that one day," although I don't remember ever voicing that thought aloud.  So, I was surprised when my mother gave it to me on my fiftieth birthday, saying that I could read it and then pass it on.  I had absolutely no idea what these books were about.  Have you heard of them?  They are about a young English woman who moves to the Hebrides in the 1940s and lives on a croft (and for that reason I kept thinking of Mamas Mercantile, if you are familiar with her blog). They are entertaining anecdotal tales which reminded me very much of James Herriot's books, which I read in the 1970s.  That is actually Lillian Beckwith's story, although these books are apparently fictional.

Of these eleven books, five are staying in my house and six are moving out.  I have enjoyed every one of them and now I shall enjoy the space which the departing six will leave behind.  My reading mojo is fully restored and I shall carry on next year; my target, again, is to read twelve books in 2019 because I am going to start working my way through the fat ones and I have already picked out the first.  In the meantime, there are almost four weeks left of 2018 and I have one book left to read.  It is this one. - 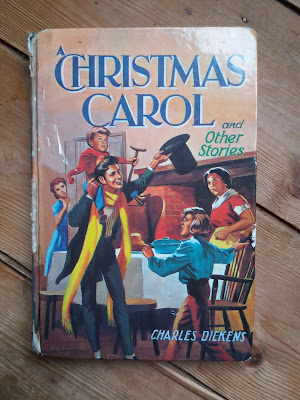