Half Term: Mad About The Boy(s)

Hello, thank you for calling in, you are very welcome here.  The weather is mild and the sun has been shining for days.  It feels unreal, more like April than February.

Last week was our half term break and so our usual routine melted away - not that there has been much of a routine recently as the Best Beloved has had very little work, but at least we didn't have to set the alarm clock for 6.30am in case the 'phone rang.  During term time I look after Tom Kitten one day each week while his parents are both at work and inevitably, those days have acquired a pattern, their own routine.  I like that, it suits me very well and I think it suits him too, I am a firm believer that routine sets boundaries for children and provides them with security.  However, I also like the fact that during school holidays we can break out of that routine and try new things.  Last week we spent a great deal of time with him, wonderful time.

The holiday began with the culmination of my birthday celebrations: The Mathematician flew home for one night and my little family gathered around my table, six of us, for a special meal.  The Best Beloved brought the nursery guard up from the cellar and set it around the fireplace, then he brought up a bucket of our girls' forgotten toys and I was transported back twenty or so years.  We had a lovely, lovely day all together.

On Monday the rest of us went to Ellesmere because The Teacher wanted to visit a place where Tom Kitten could feed ducks.  He recognises pictures of ducks and he knows that a duck says, "Quack quack," so she wanted to take him to see some quackers.  I remembered taking her to Ellesmere for exactly the same reason when she was small and in those days we took bread but we know better now, although we have also learned that in some places, ducks are dying of malnutrition because people have stopped feeding them bread.  However, there are signs up at Ellesmere asking us not to feed bread to the birds, so we didn't.  I took a bag of oats and if I hadn't, bags of birdseed are available for £1 each in the café beside the mere (or I could have taken some peas out of my freezer and defrosted them, which would have been a really big sacrifice because I love peas!). 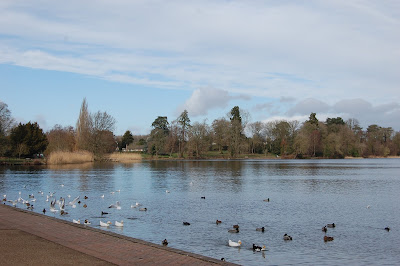 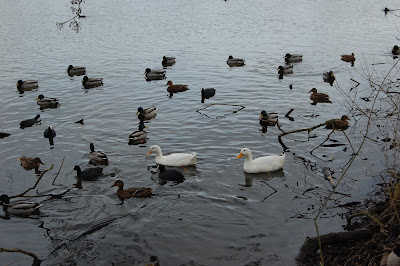 On the mere we found swans, greylag geese, Canada geese, something which I think was an African goose, coots, black-headed gulls, mallard and tufted ducks.  Tom Kitten was very excited as they spotted my bag of oats and waddled up out of the water towards us.  His little hand took some oats from my palm and threw them onto the ground and he laughed.  A brazen greylag ate them straight from my hand.  The sun came out from behind the clouds.  When the oats were all gone, I sat on a bench and watched the light play over the water while Tom Kitten took his other adults to play on the swings in the park for a while before we all went to the café for lunch.

On Wednesday there was an outing to the National Sea Life Centre in Birmingham.  Tom Kitten gazed with awe and wonder and again, I remembered our girls doing exactly the same thing there when they were young, although there were no penguins there then.  Tom Kitten liked the penguins, he was quite sure they were waving to him with their flippers as they swam through the water so he waved back to them. 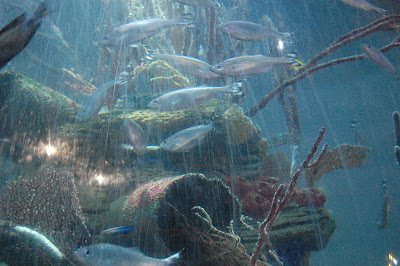 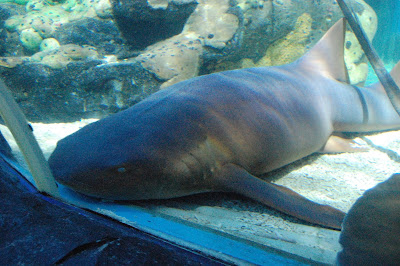 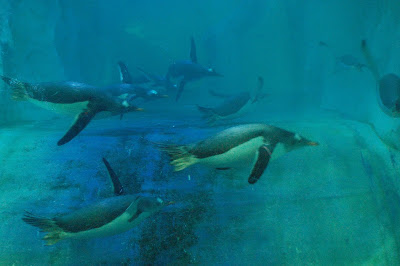 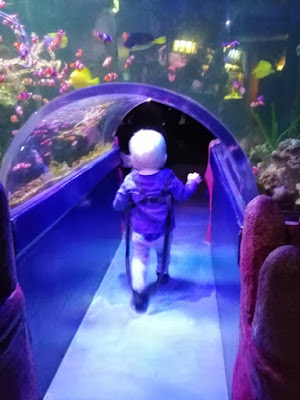 On Thursday the five of us travelled next door to Herefordshire to meet my parents for lunch.  Four generations of us sat round a table together for a few hours, Tom Kitten holding court and charming everyone as he held out his little cup to his great-grandmother's glass and said, "Cheers!".  Should you be in the vicinity of Wellington, I am happy to report that the food at The Old Boot is excellent and so is the service.

On Sunday, under a beautiful blue sky, the Best Beloved and I went out together, just the two of us, and we drove south to Titterstone Clee, the third highest hill in Shropshire.  We didn't have either a map or a satnav with us but I knew the way so before we left I made the Best Beloved promise that he would trust me and follow my directions explicitly as I did not want any recurrence of our Cumbrian incident!  We drove up and up and up, almost to the top of the hill, where we found a parking area by the abandoned quarry workings.  Below us, the high pressure had compressed all the moisture in the air into a misty haze while above us, a red kite soared beneath the few wispy clouds in the blue sky.  Looking due east, this is the highest spot for thousands of miles, until you reach the Ural Mountains in Russia!  It's an extraordinary landscape and I really don't know why we had never been there before.  We spent an hour and a half up there, exploring and just sitting, looking at the view. 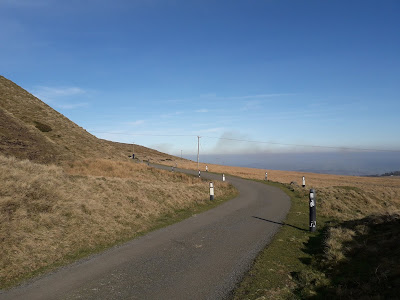 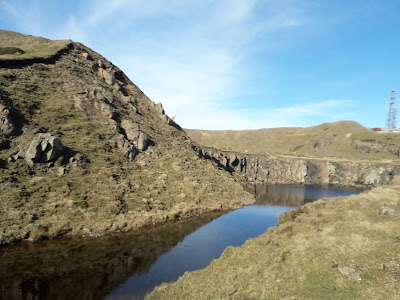 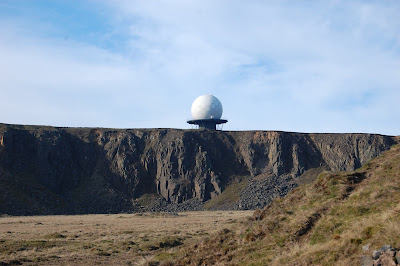 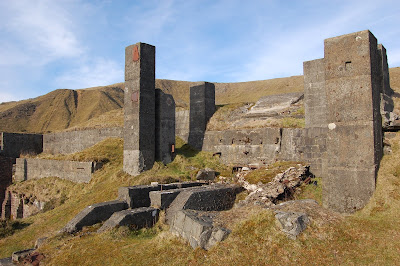 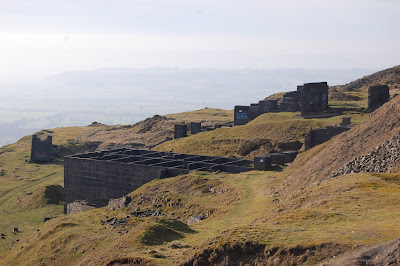 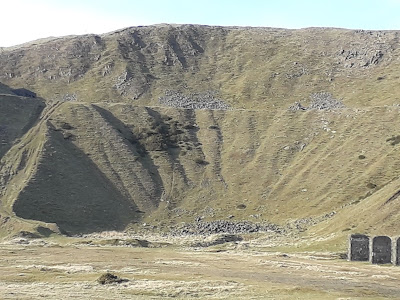 On our way home, we dropped in to see Tom Kitten and his parents.  He was delighted to see us and immediately picked up his ball and took it to his grandfather so that we could play throwing games.  (The Teacher is not very impressed with this because when she gave the child an apple, he held it up and threw it, thinking it was a ball!  When I say "threw it", of course I mean that he held it up above his shoulder and then dropped it behind him, as sixteen month-old children do.)

So that was the end of half term.  When we got home, the Best Beloved lit the fire, cooked a roast dinner and opened a bottle of wine.  I reflected on the memories made this week and the memories evoked and I felt very lucky, lucky that I am able and allowed to spend so much time with my grandson, lucky that I live in such a beautiful place and lucky to have such a lovely husband (most of the time!).