Hello, thank you for calling in.  I hope you have survived the peculiar weather we have been enduring - rain, storms, high winds and heavy, humid air is making for an odd summer.  On Saturday morning I wailed at the Best Beloved that my face was sliding off, I really couldn't cope with the humidity, but in the afternoon the wind was so strong that I had to hold my skirts down to preserve my modesty!
We spent the day celebrating a wedding.  It was a beautiful wedding, as most weddings are, but special because it was a Quaker ceremony held in two languages.  The bride was English and the groom French so they made their declarations in both languages before the certificate was read out first in English, then in French.  We sat in comfortable silence until some people stood and "gave ministry", each speech then being translated into the other language by two marvellous bilingual volunteers.  After about an hour, two elders shook hands with each other to signal the end of the meeting and then we all shook hands with the people immediately to our left and right before signing the marriage certificate, every one of us, children and adults, because everyone present was a witness. 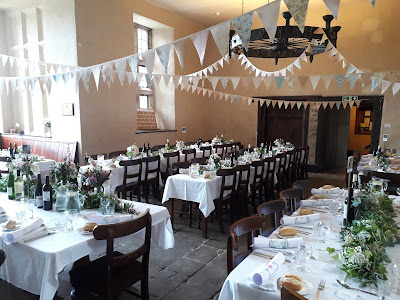 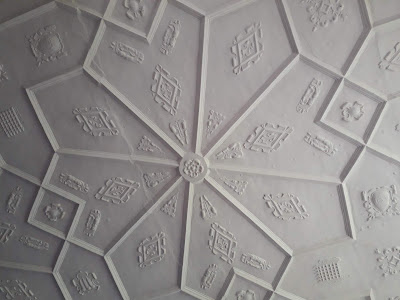 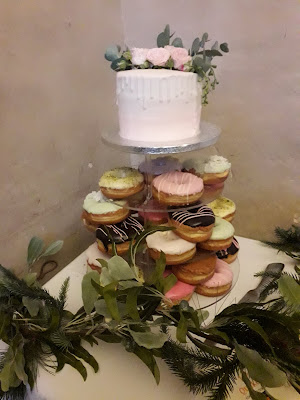 The reception was held at Wilderhope Manor, nestled beneath Wenlock Edge, which was built in 1585 and now belongs to the National Trust.  There were British, French, Spanish and Indian people there with a common purpose; there was even a nun, in full habit, drinking a pint of beer and playing outdoor games with small children while a group of young French men attempted to play cricket.  The newlyweds posed for photographs with their dog (The Teacher tells me that all the dog owners she knows have had their dogs at their weddings).  After the wedding breakfast, the traditional speeches were given by the mothers before first the bride and then the groom stood and spoke.  I had a wonderful day, my rusty old schoolgirl French held up quite well and the atmosphere was almost bursting with love, happiness and, as the bride's mother pointed out, entente cordiale. 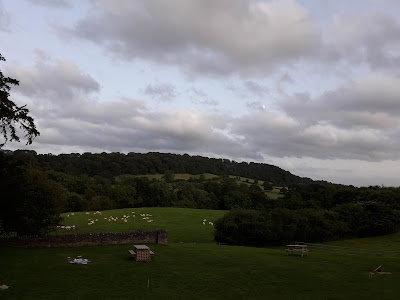