Hello!  Thank you for dropping in to my little patch and special thanks to those of you who left comments on my last post, your good wishes were much appreciated by me and the rest of my family.  I haven't been here for three weeks because I've been spending a lot of time cuddling Cottontail and playing with Tom Kitten, both very important grandmotherly tasks, as I'm sure you understand.  Everybody is doing very well and the Best Beloved and I have taken a step back now.  Yesterday we went out for the day by ourselves for the first time this school holiday and we had the best of days.
We drove south between the hedges, the sun was shining, the sky was blue, the hills were green and the fields were golden.  The farmers were busy, some of the fields were dotted with large, cylindrical bales and some with rectangular bales which were being stacked into towering walls.  It was a drive which lifted our spirits up and up until they were soaring - I never tire of the beauty of this county.  We drove to Craven Arms and turned west and a few miles later, down very narrow lanes, found ourselves at Hopton Castle in the picturesque village of... Hopton Castle!  I have known about this place for more than twenty years but never visited before. 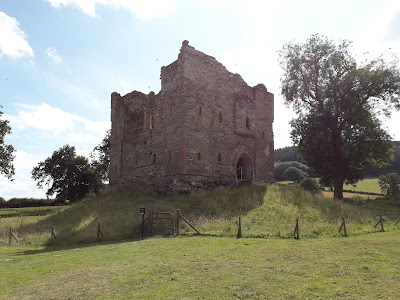 Hopton Castle isn't really a castle at all; looking like a small medieval keep, it was built in about 1300 as a high status tower house for the de Hopton family, probably on the site of an earlier motte-and-bailey.  Sir Walter de Hopton was an important man, the Sheriff of Shropshire and Staffordshire, and the house was designed for comfort rather than defence.  In the 16th century, ownership of the estate passed to the Wallop family and by the time of the Civil War the owner was Robert Wallop, a staunch Parliamentarian who was a judge at the trial of King Charles I in 1649.  If anyone knows about Hopton Castle it's because of an incident which happened here during the Civil War.
Robert and his family were not in residence at the time of the incident in 1644 and a small garrison of less than twenty Parliamentarian soldiers under the command of Samuel More was installed there to prevent the Royalists taking control while the family was away.  When the Royalist forces attacked, they demanded that the Parliamentarians surrender and Samuel More refused to acknowledge them.  The Royalists left, leaving a few guards, and several hundred of them returned a few days later, by which time the garrison had been increased to about thirty men.  Again Samuel More was asked to surrender and again he refused, so the Royalists attacked and breached the curtain wall before retreating, having lost perhaps two hundred men.  By the time they returned, the garrison had been under siege for weeks.  For a third time, Samuel More was asked to surrender and the Royalist commander warned him that if he refused again, the Parliamentarians should expect no mercy ("no quarter") but the threat had no effect.  The Royalists attacked, this time with heavy cannons, and when it became obvious that their victory was inevitable, Samuel More surrendered the castle.  He was marched away and, unbeknown to him, the rest of his men were executed.  Apparently, for years afterwards, Parliamentarian troops would offer their opponents "Hopton Quarter" in revenge.
The details of this event survive because Samuel More wrote them down in a diary, but not until twenty years later, which is why they are taken with a pinch of salt.  When the castle was the subject of a Time Team dig in 2010, they hoped to unearth the skeletons of the massacred Parliamentarians beneath the moat, but they didn't find them.  Robert Wallop was compensated for the damage done after the Civil War but he never returned there and sold the castle in 1655.  The damaged tower was patched up but probably never inhabited again and it is now owned by the Hopton Castle Preservation Trust who have done some conservation work, including digging out several metres of rubble from inside the tower to reveal the floor and making a small car park. 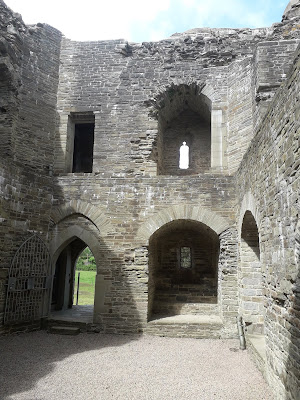 The castle is like a reverse TARDIS and seems much smaller inside than it appears from the outside.  We climbed the stairs and sat inside to eat our picnic in the shade.  I think the Trust has done an excellent job, retaining the integrity of the existing walls while making them safe.  The new work is obvious but sympathetic. 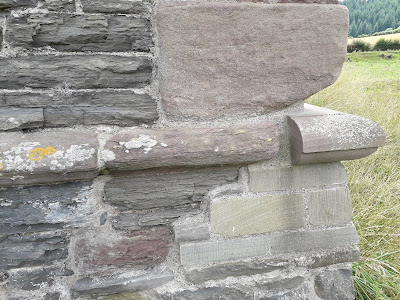 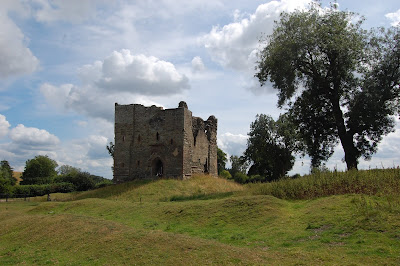 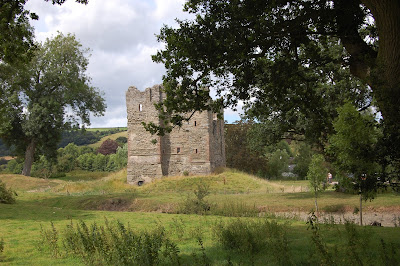 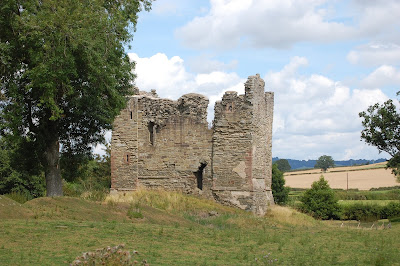 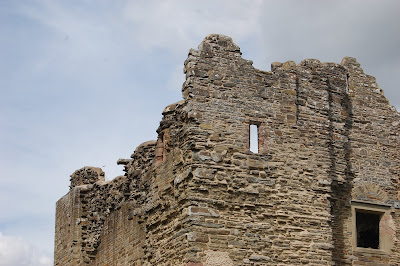 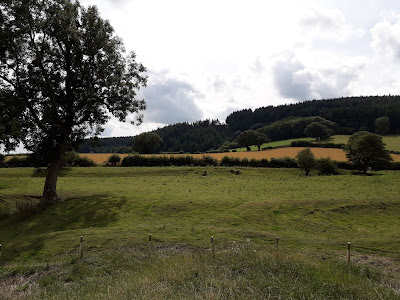 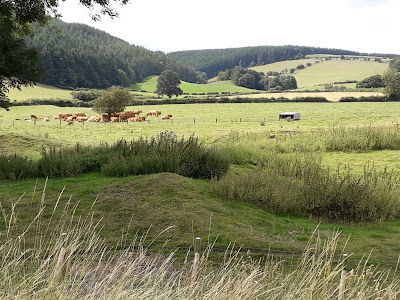 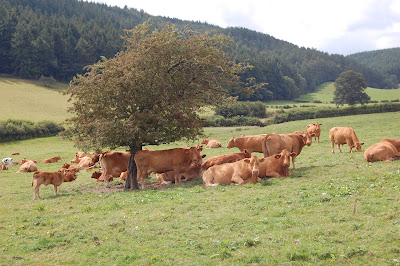 Outside, the views are beautiful.  This is an idyllic spot.  The Best Beloved wandered around with his camera while I circumnavigated the tower, drinking in the views, before sitting down on a bench to quietly read my book.  You could see all that there is to see here in less than half an hour or you could spend a longer time and lose yourself in the landscape and the history, especially on a warm, sunny day.  We were there for an hour and a half before our reveries were loudly interrupted by the sound of a nearby and incessant lawnmower.
Our visit cost us the petrol for the car and nothing else.  Car parking and admission are both free, as is a very nice leaflet about the castle, but there are donation boxes if you would like to support the work of the Hopton Castle Preservation Trust, which needs a few thousand pounds each year to maintain the site.  They have a good website here, although some of the information is out of date. 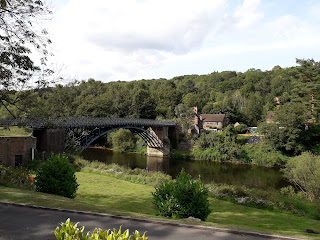 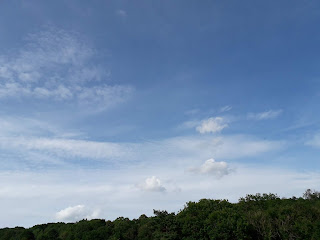 We drove back towards home, back through the beautiful countryside, I SO wanted to stop the car and take photographs but that wasn't feasible.  Unexpectedly, the Best Beloved turned the car and drove us along the River Severn to a pub at Coalport in Ironbridge Gorge where we sat on a terrace in the sunshine, drank long, cold drinks and ordered some food.  We rarely eat dinner out so it was a real treat, a relaxing way to end our adventure.  When we arrived home, we still didn't want the day to end so we opened up the summerhouse, lit the lanterns and drank a bottle of wine as night fell on a very special day.
See you soon.
Love, Mrs Tiggywinkle x
Posted by Mrs Tiggywinkle at August 09, 2019