Hello, thank you for calling in and thank you for the kind comments left on my last post.  I am slowly catching up with your blogs.  The weather here has improved and June is turning out to be much drier, warmer and sunnier than May.  We were forecast rain on Wednesday and it finally arrived on Saturday evening, very light rather than the expected storms, but persistent and the ground was wet when we woke up on Sunday.  The garden is grateful. I have kept up my intention of spending some time outdoors every day and every buzzing bee and trilling bird has been a delight.  During one exciting day I saw both a skylark and a red kite!  I have never seen a skylark before but the Best Beloved says that the song of a skylark is the sound of his childhood springs and early summers so I identified the distinctive sound easily after watching the bird rise over the field and flutter its wings furiously as it hovered.  I was also very happy to hear that the swifts are back - I always hear them before I look up to see them and I know that summer is almost here when I do. 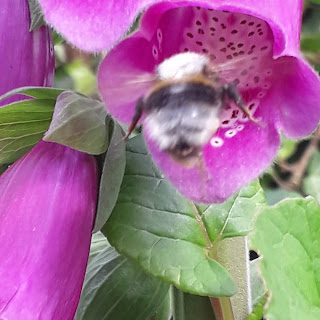 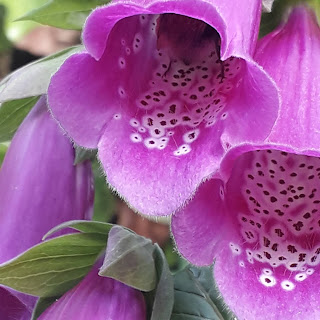 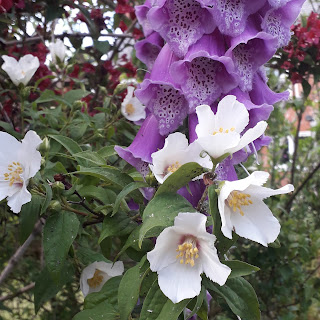 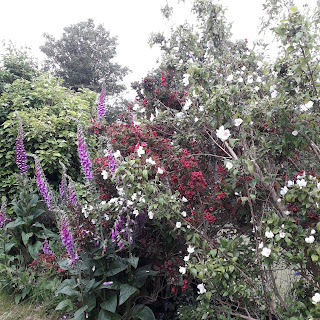 For the first time in several years we have foxgloves in the garden and the bumble bees are thrilled.  They had to wait longer than usual for the geraniums and weigela they love to flower this year, presumably because of the cold weather in April and May, and for the first time ever the mock orange blossom is flowering at the same time as the weigela so the garden looks different, as if she is wearing all her best clothes at the same time.  Its scent almost knocks me out in the evenings, I think the philadelphus is my favourite June flower. 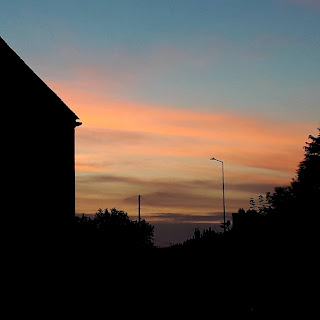 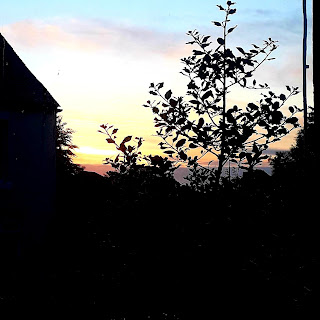 So here we are on 21st June, the longest day of the year, and I set the alarm early so that I could watch the summer solstice sunrise.  The temperature was eight degrees and I noticed that there was a touch of frost on the cars as I sat on the front doorstep and listened to the dawn chorus which was almost deafening, although the only bird I saw was a crow which flew down the street.  In the distance, a cockerel was crowing, greeting the summer.