Whitchurch On The Wrong Day

Hello, thank you for dropping in, it's lovely to see you here.  How's your weather?  Ours is still cold and grey, but on Wednesday the sky was blue and the sun was shining.  I was SO ready for it; my spirits lifted and my soul smiled.  My 'phone pinged: it was a dear friend, asking if I would like to go out somewhere to make the most of the weather.  Of course I would!  After a bit of discussion we settled on a visit to the town of Whitchurch because although both of us have lived in Shropshire for about thirty years, we had only been there once, she to the hospital and I for a meeting.
She picked me up at 1 o'clock - having done some research and printed out some useful "tourist information" for us.  She knew our visit would result in a blog post!  All I knew of Whitchurch was that it's a small market town in North Shropshire, close to the borders of Cheshire and Wales.  That's it.  However, as I read her thoughtfully prepared sheets of paper the sentence which jumped out at me was this one: "What Whitchurch possesses in abundance is beautiful Medieval, Georgian and Victorian architecture."  Well, if I'd known that I would have visited years ago!  It sounded like just my sort of town.
So off we set in the sunshine to mooch around Whitchurch.  We found a car park (not easily, the signage wasn't great) and walked down an alley to the main street; the view ahead was full of promise. 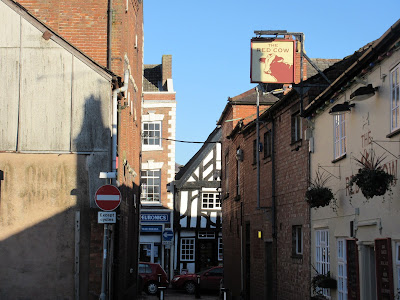 What we found was delightful, but we had obviously come on the wrong day.  Many of the shops were closed, as was the heritage centre.  Perhaps Wednesday is early closing day?  Some businesses had closed down permanently and there was the sad air of a place which, although once thriving, is now struggling to keep its chin up. 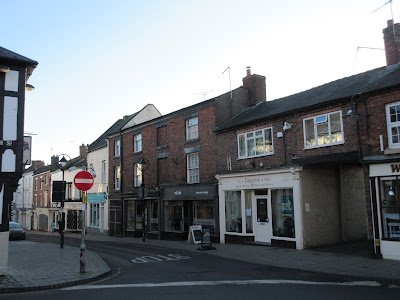 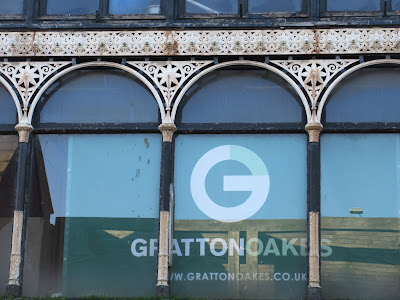 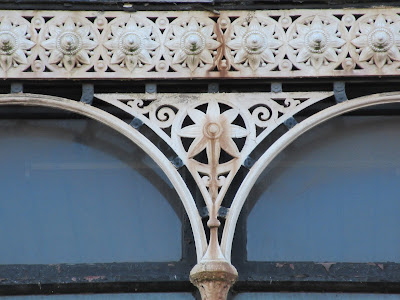 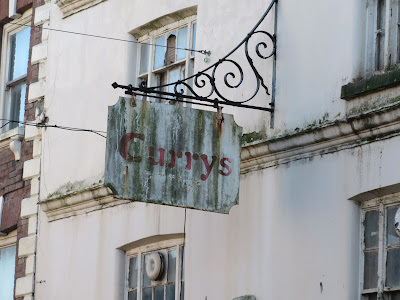 We were very impressed by the large, apparently tudor NatWest Bank building until we discovered that the frontage was only built in 1930!  Sadly, this is due to close in June this year as custom has declined by almost 25% over the last five years. 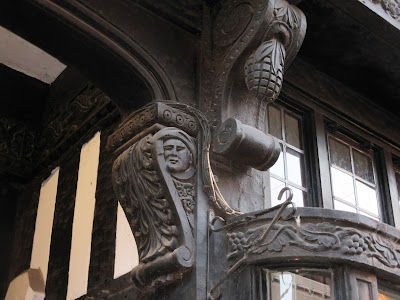 Wandering away from the High Street, we came upon these pretty cottages - 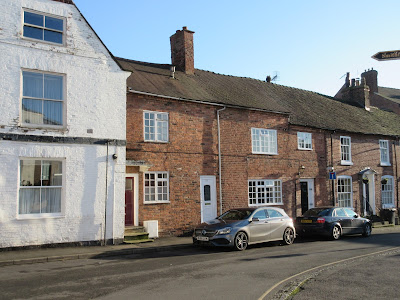 ﻿
The Victorian Bank For Savings was impressive - 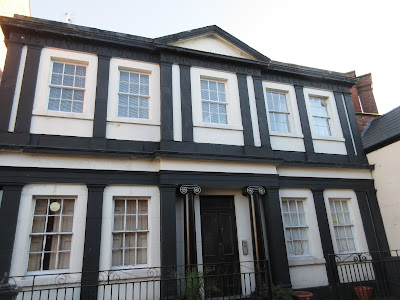 I was really taken with this old building.  A warehouse? - 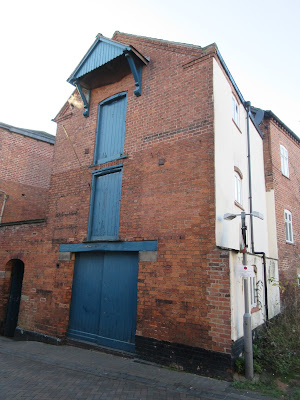 You see that doorway to the left?  Well, the door was open and we were able to peep inside.  Can you see line of washing hanging up to dry? 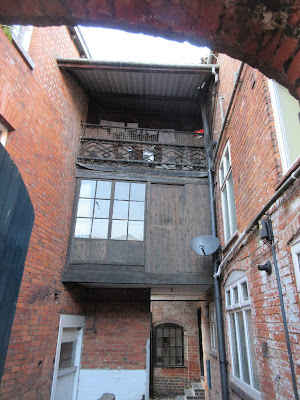 Back on the High Street, we found another charming old courtyard with a sign which tickled us both - 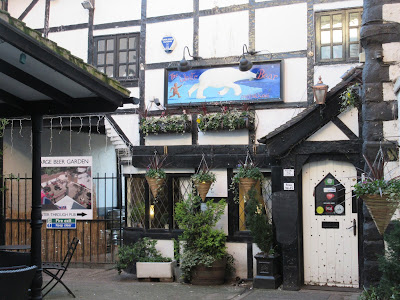 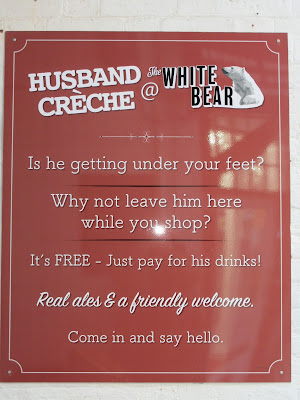 Obviously, we had to visit the church, St Alkmund's.  Built in 1711 and Grade One listed, it replaced earlier buildings and there has actually been a church here since 912 AD.  It has beautiful windows of both stained and plain glass and this etched panel tells a story - 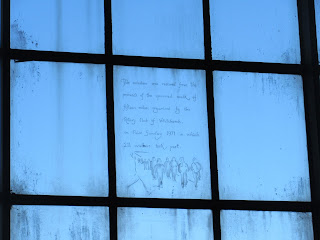 It says, "This window was restored from the proceeds of the sponsored walk of fifteen miles, organised by the Rotary Club of Whitchurch, on Palm Sunday 1971 in which 211 walkers took part."
The most significant monument in the church is the tomb of Sir John Talbot, the first Earl of Shrewsbury, who was born in 1386 and killed in 1453 at the Battle of Castillon, the final battle of the Hundred Years' War.   His body was brought back to England and while his embalmed heart is buried beneath the floor of the church porch, as he requested, his bones  lie beneath this effigy in the lady chapel. 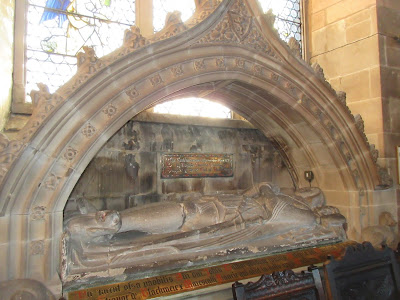 We liked Whitchurch and will definitely visit again, although not on a Wednesday. We liked the Café Bon Sol, where I paid £3 for a pot of Earl Grey and a slice of delicious, home-made bakewell tart.  We especially like the fact that the sun was shining and we had made the most of it and done something different on a weekday afternoon.  The sun was setting by the time we left. 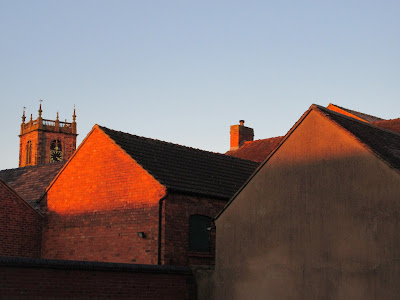