A Fake Holiday During Lockdown

Hello!  Thank you for still being here, and special thanks to those of you who left comments on my last post, I really wasn't sure whether or not anyone would have waited.  It's been hot here this week, too hot for me to be outside (unless I am having a water fight with the Best Beloved and Tom Kitten) but I have a shady nook inside where I can hide out when I need to.

After the first few days of lockdown, with lazy mornings and late nights and no end in sight, the Best Beloved and I decided that we needed to have a daily routine if we were to retain our sanity.  The only concession we made to the situation was that the alarm was set for 8am rather than 6.20am - we were usually awake well before 8am, but just in case.  There was a mug of tea first and then breakfast, then another mug of tea (I have often said that I am not human until I've drunk two mugs of tea) before we pottered about doing whatever chores needed to be done.  I should admit that my "chores" often included an hour or so of crochet but I justified this by the fact that I was working on a large project and had a deadline.  What a delicious position to be in!  We had lunch together and then at 2.30pm every afternoon we went outside and worked in the garden.  As is typical of Victorian terraced houses, our garden is narrow but very long so we were able to work quite separately because, much as we love each other, being together in a tiny house for 24 hours each day meant that we could very easily have stretched each other's patience.  Those couple of hours of separation each day may well have saved our relationship!  Another benefit for me was that I was able to work in an area from which I couldn't see the house, so I really felt that I had loosed the chains and was unrestrictedly "out".  Sometimes our neighbours were in their gardens too and we would chat across the fences.  At 4.30pm we sat down in the garden and reviewed our labours over a cuppa and just before 5pm we went indoors to watch the daily coronavirus government briefing and I made a start on cooking dinner.  Every weekday followed this routine and I can honestly day that physically, I haven't felt better for a long time.  We ate healthily and well, three square meals a day but no snacks or treats, and I had so much more energy that I seriously wonder if I was deprived of Vitamin D before we began this regime.  On Saturdays and Sundays we let the routine go and so marked the difference between the "working week" and the weekend.  We did this for nine weeks.

We had booked a camping holiday in Cornwall during the last week of May but campsites were closed due to the dreaded virus.  I was very disappointed, we held on and held on to the hope that we might be able to go but of course, we couldn't.  However, we decided that we would have a holiday at home instead, a staycation.  (I get very cross when journalists refer to holidays in this country as "staycations".  They are HOLIDAYS.  A staycation is when you stay at home and take day trips.)  No chores were to be done apart from bedmaking, cooking and washing up - no laundry, no cleaning and definitely no gardening.  We would relax, loaf around outdoors and have a few outings which were permissible now that we were allowed out of our homes. And that's exactly what we did.  We set up our daughter's little camping stove in the summerhouse and as soon as we woke up, we went outside and brewed a pot of tea, just as we do when we are really camping.  All our meals were eaten in the garden or, if the weather was unkind, in the summerhouse (with the doors open).  I left aside my crochet projects and took a new, holiday project with me wherever I went.  For the first time in over nine weeks we ate a dinner that we hadn't cooked from scratch ourselves and bought fish and chips because that's what you have for dinner when you're by the seaside!

Facebook told me that our local beauty spots were overwhelmed with visitors that week and cars were being turned away at The Wrekin, Cardingmill Valley and Ironbridge so we thought very carefully about where we would go and our first outing was to Clun, a small village in South Shropshire where there is a river and a ruined castle.  The drive there is picturesque, in fact most of Shropshire is picturesque in May, and having been within my own boundaries for over nine weeks it felt wonderful to be out.  Just out.  We came across very few people in Clun and I felt safe.  I was reminded that it is a lovely village and that when things settle down I should visit again and show you the old bridge, the Norman church and the seventeenth century almshouses with their chapel.  This time I pootled about in the empty meadow by the river while the Best Beloved explored the castle above and then we both settled down in our chairs, him to nap and me to read.  It was blissful. 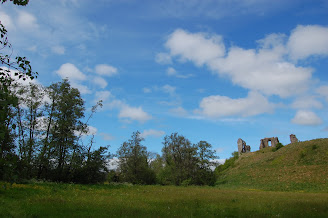 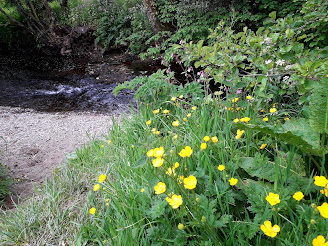 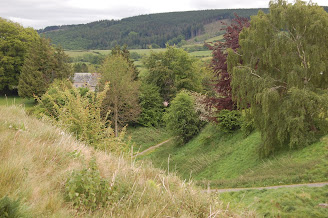 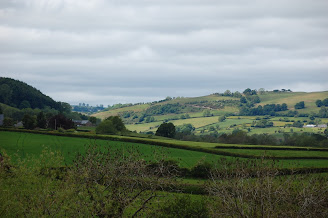 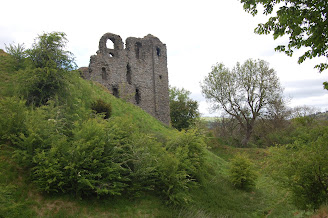 The next day the weather was even better and we went to Titterstone Clee, a hill in South Shropshire which we visited last year and I wrote about here.  There were more people there but there is so much space that it was easy to keep away from them. 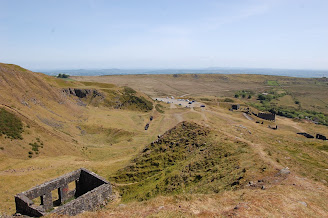 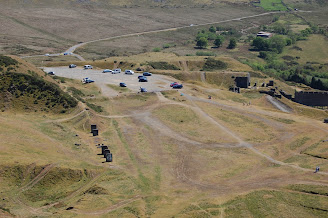 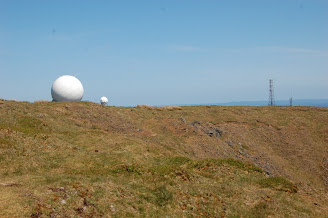 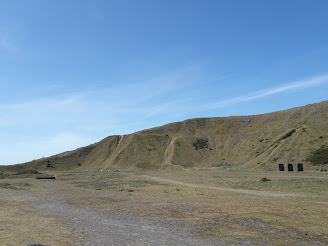 Our third outing of the week was to the ruined abbey by the River Severn at Buildwas, a place which holds a special place in our affections.  We arrived late in the afternoon and there was one other person there, but he soon left and there we were, alone in one of the most serene and tranquil places you could find.  Two miles along the road, Ironbridge was heaving. 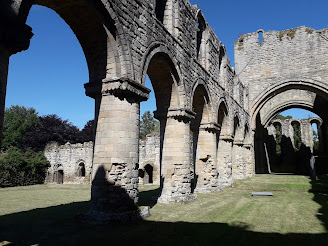 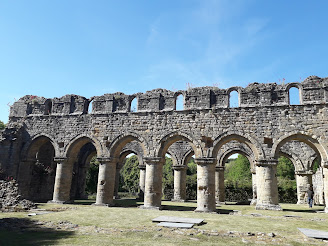 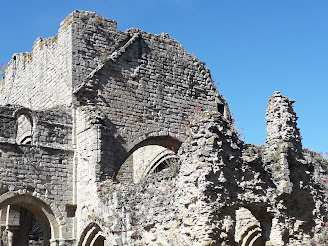 All of these outings were free, the only cost was the petrol we used in the car.  It was the cheapest holiday I've ever had but at the end of the week I felt as rested and refreshed as if I had been away in some luxury resort.  I know that I've learned something from this and I've been mulling it over, trying to grasp what it is.  Apart from the obvious, that you don't have to spend a lot of money to have a good time, it's something about "holiday" being largely down to frame of mind, and possibly expectations.  If you can capture these threads and tie them together for me, I'd be grateful.
The little camping stove has remained in the summerhouse.  We don't use it in the mornings but in the afternoons and after dinner in the evenings we sometimes like to go out there and make what the Best Beloved calls "a wild cup of tea".  It's a holiday habit we have brought home with us.  It won't last forever but it's funny how a small change to routine can feel such fun.
See you soon.
Love, Mrs Tiggywinkle x
Posted by Mrs Tiggywinkle at August 13, 2020