Hello, thank you for calling in to my Shropshire patch, I'm delighted to find you here.  The big news is...IT HAS RAINED.  In any other summer this would not be news and most people would not be happy about it but this year, it is news and we are definitely happy, although I do wish that the rain had waited until my washing had dried and I had brought it indoors!  The Best Beloved said that it would start raining as soon as the school term finished but this time, he was wrong mistaken because our schools broke up for the summer a week ago.
Do you have a summer list?  I know that many people compile a list of things that they would like to do over the school summer holiday or before they die or before they reach a significant birthday.  I have never made such a list but this year I have been inspired to compile one by a friend who has made a list of forty things she would like to do in the year of her fortieth birthday; some of the things on her list are very simple treats, things that we tend to overlook or to do routinely without remembering to savour, and that set me thinking.  So, I have made a list of sixteen things which I would like to accomplish over the six week holiday. Sixteen didn't feel too ambitious, I thought it was an achievable number.  Some of the sixteen are things which I have been wanting to do for a long time, some are challenging and some will be very easy to achieve but all, I think, will be treats.  In the first week of the holiday I ticked three of them off the list.
1.  Visit Haughmond Abbey
Haughmond Abbey is a ruined Augustinian abbey just outside Shrewsbury, the oldest walls dating from the twelfth century.  I don't know why I've never visited before because I've been to the other three local ruined abbeys many times, all of them, like this one, in the care of English Heritage, but now that I've been I shall definitely go again, with a picnic.  It is free to visit, you can park your car right outside the entrance and it is really quite substantial - not the church itself, there is very little of that left, but the domestic buildings, with walls high enough to provide welcome shade on a very hot summer day. 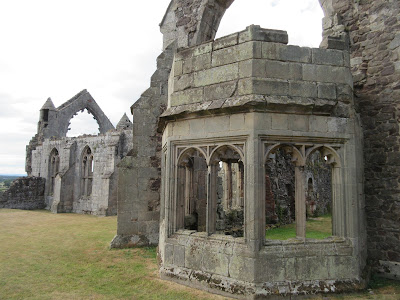 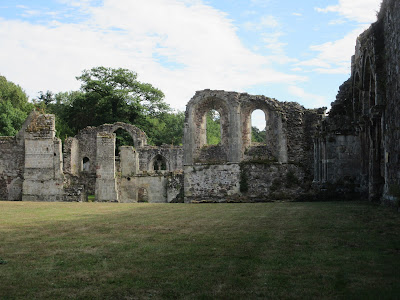 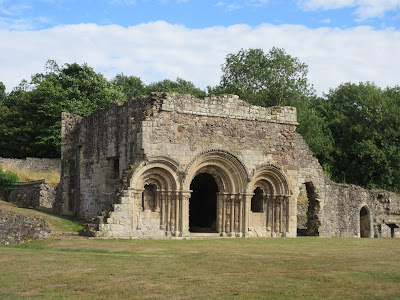 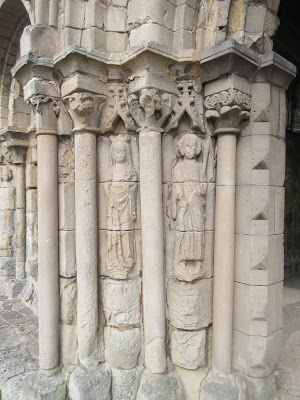 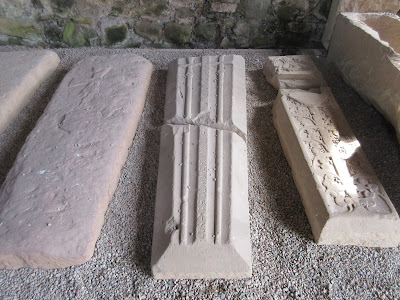 2.  Sit by a babbling stream
When I am feeling wound up, anxious or worn out I find the sound of running water very soothing.  My next-door neighbour has a pond which recirculates water and I like to sit and listen to it on summer evenings, feeling the tension dissipate until I feel calm and relaxed.  The campsite I stayed on with the Best Beloved last week is beside the River East Onny, more of a stream than a river and made shallow now by the lack of rain so very early on Thursday morning, before anyone else was up and about, I snuck out of my tent and sat on a bench, under a tree, beside a place where the water has to find its way around and over stones laid on the river bed by children building dams.  I sat there for half an hour, listening to the water, mesmerised by its sound. 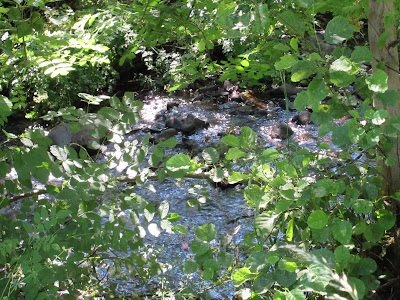 ﻿
3.  Visit Shropshire Lavender
I have wanted to visit this lavender farm for years but never got round to it, perhaps because it's only open on Friday, Saturday and Sunday afternoons from the middle of June until the end of August.   However, when I read Rosie's post on Friday, this one, and saw her lavender photo, I decided that this weekend would be the time to go.  We visited on Saturday afternoon and sat in the charming tea garden - the Best Beloved had coffee with a lavender scone with jam and cream, I had tea with lavender and lemon cake, all was delish. We were walking into the orchard, planted with many different varieties of lavender which flower from June till the end of September, when the rain began to fall, slowly at first but then more heavily until everyone was running to their cars, including us.  We decided that we shall come back another time to visit properly, although we might not be able to fit it in this year as they are only open for another four weekends. 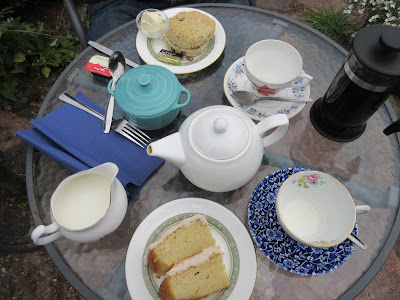 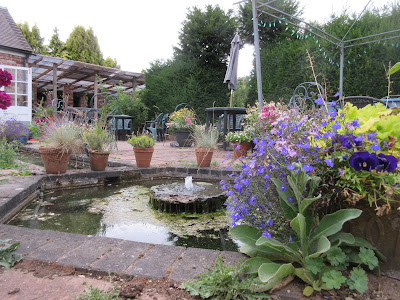 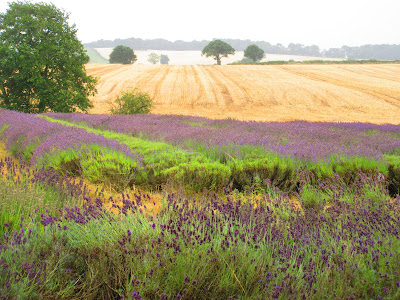 So the first week of the summer holidays is over and I have thirteen things left on my list.  I haven't planned anything for this week, I don't want to tie myself in to a schedule because one of the things I enjoy about the school holiday is not having a schedule, so I'll just see how the week unfolds.
Before I go, I cannot let today pass without mentioning Emily Bronte, who was born on this day two hundred years ago, 30th July 1818.  I read Wuthering Heights, her only novel, for the first time when I was fifteen years old as it was one of my O-Level English Literature texts and I fell in love with it.  I have claimed it to be my favourite book ever since.  I had to hand my copy back in to school so I bought another in a junk shop, a hardback whose spine has broken with repeated use (for which I ought to be ashamed, but I can't be because it shows how many times I have read the book).  Happy Birthday Emily, and thank you. 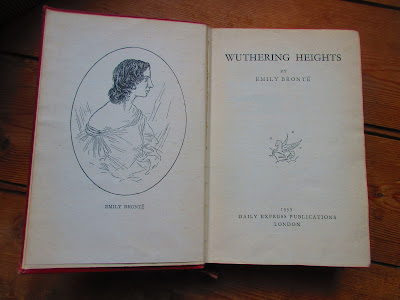