A Day At The Edge

WOWEE!!!!!!!!!!!!!!!  What a wonderful day I had at the Much Wenlock Poetry Festival on Saturday.  Ma, Dad and I went to three events, all different styles and each one fascinating.
Firstly there was Michael Rosen who is not just a poet but a very physical performer.  He was very funny and kept a theatre full of children and adults entertained for an hour, telling stories of growing up with parents who were both teachers, sharing a bedroom with his brother and how he was encouraged to begin writing poetry.  If you ever get the chance to go and see him, grab it.  If you are a primary school teacher, try and get him to come to your school and talk to the children.
Then we had a break.  Ma had brought some rolls, tomatoes, grapes and chocolate biscuits and we had a flask of coffee and a bottle of water.  We are willing to spend money on tickets but we don't buy food when we're out!  It's a small but significant saving.
Our next event was a reading by David Whyte.  This was the one I was really looking forward to because we saw him last year and he was mesmerising, so we bought his book then, Pilgrim, and I bought another, Fire in the Earth, from Oxfam online and I have dipped into them many times over the last twelve months.  I say "a reading" and he did read two short essays but he recites his poems and tells the stories behind them.  As my mother remarked, he has the extraordinary ability to make you feel that he is speaking directly to you and nobody else in the room.  Sometimes you come across a piece of art or writing or music which touches you immediately because of the emotional or psychological place you are in, it fits your situation and seems to give you an answer or encouragement, and I think that is why David's reading affects me so profoundly.  I found him at the right time.

Our third event was an hour with Jonathan Edwards, whose first collection won the Costa Poetry Prize last year.  He read for about thirty minutes and for the rest of the hour he answered questions from the audience led by Anna Dreda, the marvellous woman who owns a bookshop called Wenlock Books which is so much more than a bookshop, founded the festival in 2010 and was one of the judges for the Costa Poetry Prize last year.  At the end, I was just thinking, "What an engaging young man," when a woman sitting behind me turned to whoever she was with and said, "What an engaging young man!"  So it must be true - he is an engaging young man.  He signed my book afterwards with "lots of love" and there's another proof.

This is the fourth time I have been to this festival, which is always held just after Easter, and I have never been to any other literary festival so I can't make any comparisons.  I can simply tell you that I have enjoyed it every year.  The difference between this and a music festival is that you have to buy separate tickets for each event you attend, and we try to attend three or four each time, so the cost can mount up, but I think our most expensive event this year was £11 each and the others were £6 each, which may put it in perspective.  We usually plan a day and there is such variety available that there is something for everyone; Dad planned it this year and did a top job (thanks, Dad). 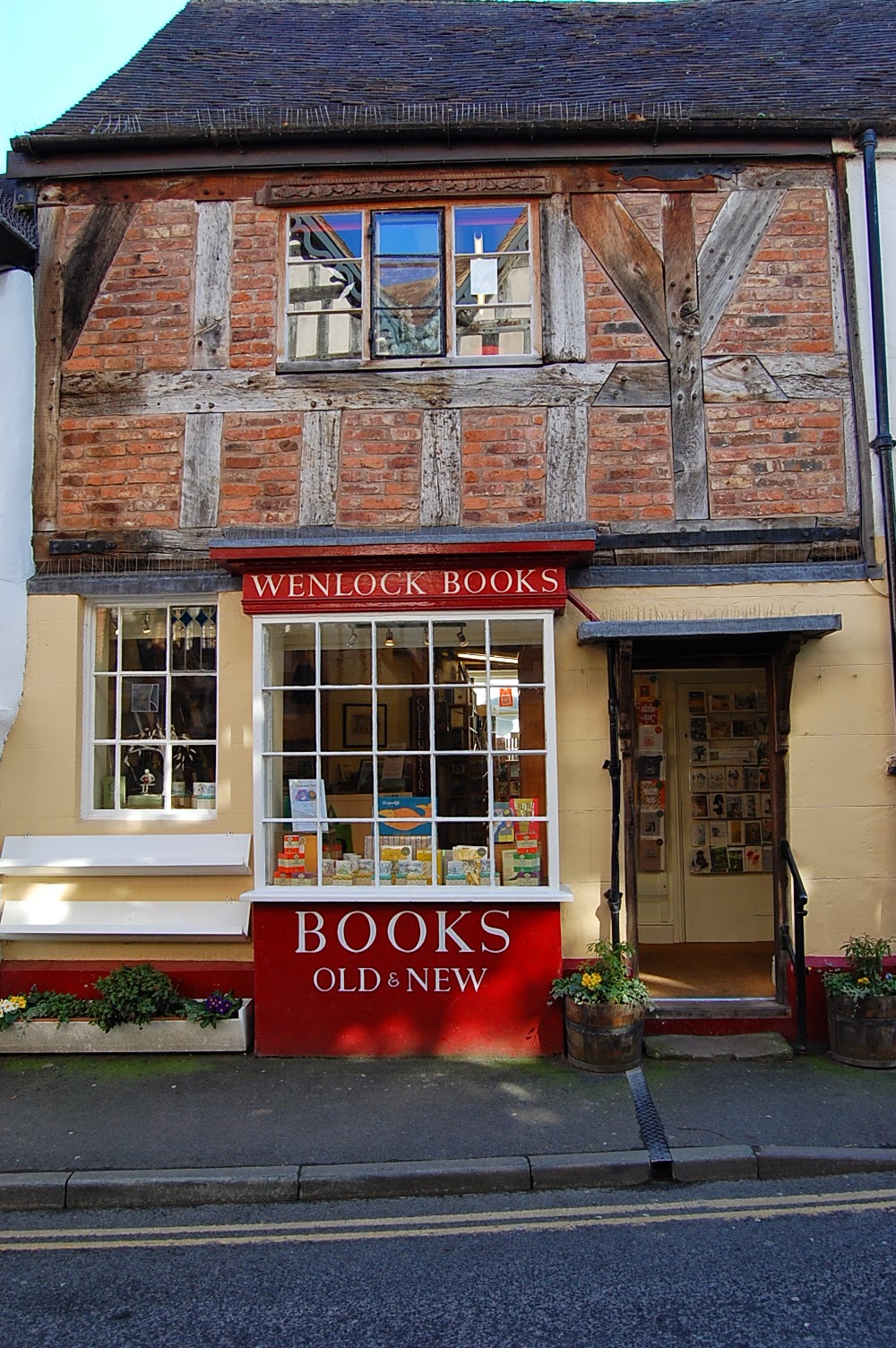