Hello, thank you for calling in, especially if you have come via Amy at Love Made My Home, and thank you to all of you who left comments on my last post; you made my day.  I didn't mean to be away for a week but it's been a bit busy here.  Today I am again joining in with Five On Friday.

This week's Five are...pasta dishes we have eaten this week.  I know.  A friend of a friend ordered some pasta online and when it arrived she realised that she had ordered far too much - fourteen packets too much!  Yes, seven kilogrammes more than she needed.  So, being a friendly and generous person who has a very small kitchen, she gave these fourteen packets to my friend who, also being a friendly and generous person, gave six of them to me.  Now, I am not in a financial position to refuse good food, even though I also have a small kitchen, so this week we have eaten pasta five times! 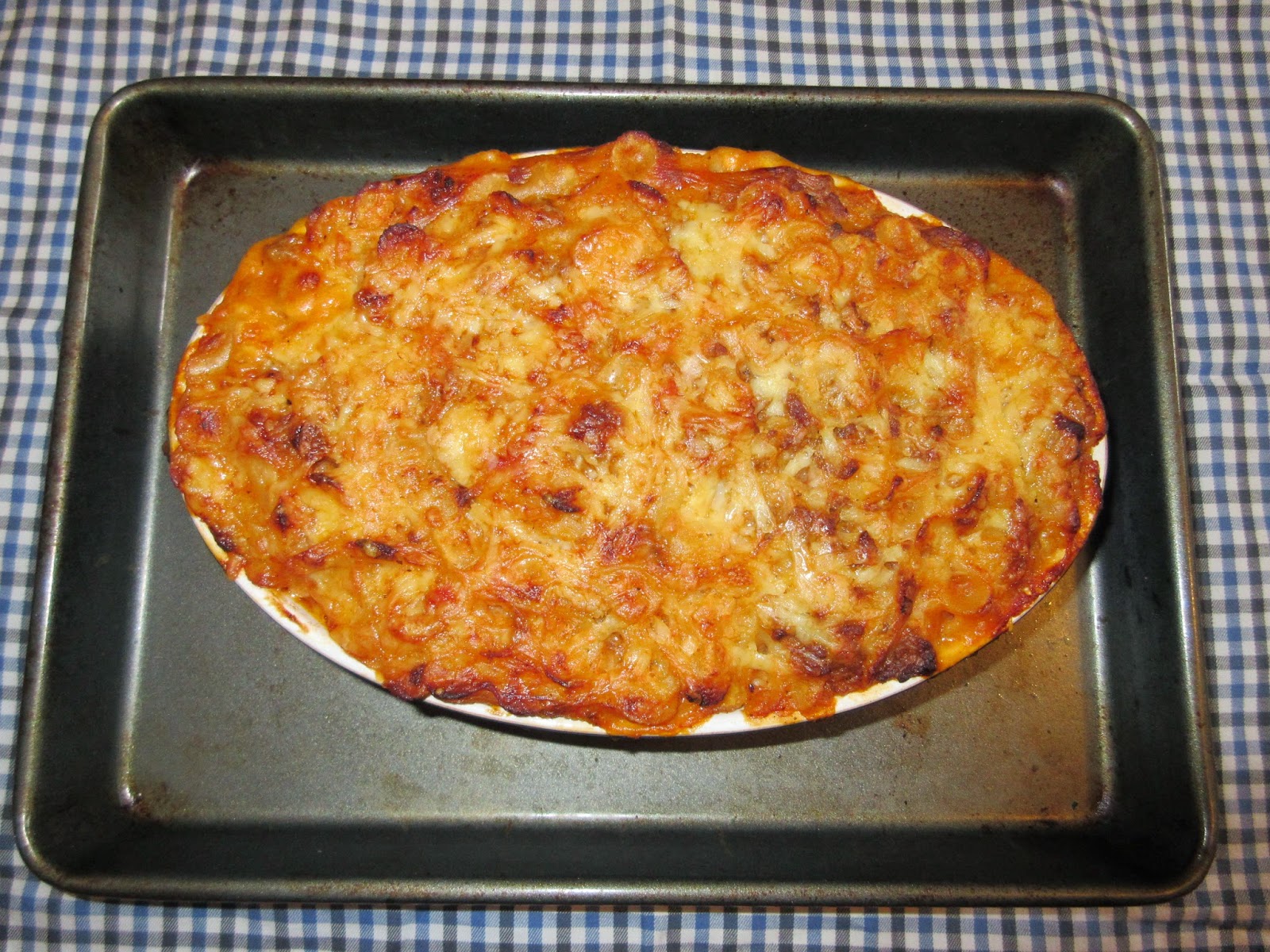 Number One is Delia Smith's recipe for baked macaroni pie, which you can find here although I found it in my battered old copy of her Complete Cookery Course (the most useful 18th birthday present ever, in my opinion).  It's an excellent way of stretching a small amount of leftover Bolognese sauce: I had enough for two people but there were three of us, so I cooked 240g of pasta, made a white sauce using 15fl oz milk (sorry for mixing imperial and metric, but I always make my white sauce using imperial measurements) and flavoured it with nutmeg, then mixed the Bolognese, pasta and white sauce together with 40g strong cheddar, turned it all into a dish and sprinkled some more cheddar on top.  I put it into the oven at 180 degrees Celsius for 30 minutes while I did the washing up and when it was done, it looked like this.  What's not to like?

Number Two is Sarah Randell's recipe for pasta with sausage, fennel and spinach which you can find here although again, I found it my copy of Martin Dorey's Camper Van Cookbook.  I don't have a camper van but I do have a tent and I LOVE this book, which is as much about a camping lifestyle as it is about recipes.  Again, this is a good way of stretching meat - I use 2 sausages per person and even the Best Beloved doesn't complain.  It's yummy and I think it's probably my favourite of these five. 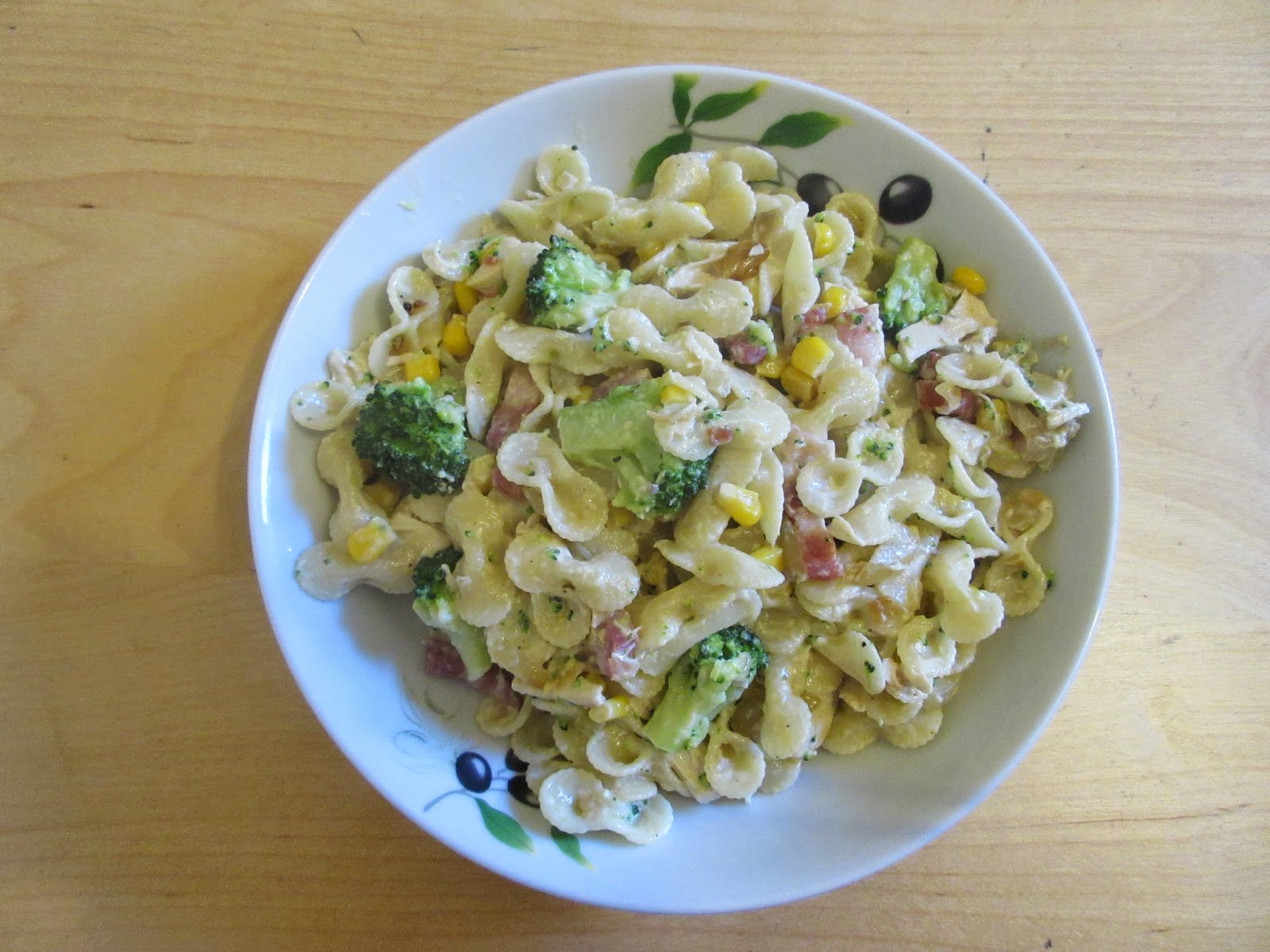 Number Three doesn't have a name because I sort of made it up.  The Best Beloved usually cooks a chicken at the weekend and I chop up the leftovers and mix them with cooked rice and vegetables for another dinner later in the week - I suppose it's a stir-fried rice.  There is always chicken, onion and rice, smoked bacon lardons if we have any and whatever vegetables we have - red or green pepper, mushrooms, peas, sweetcorn, that sort of thing.   We laughingly call it "Rice and Stuff".  Today's dish is, I suppose, "Pasta and Stuff": onion and lardons sweated off in the pan, then chicken and sweetcorn added to heat through while pasta and broccoli boiled.  When all was cooked, it was mixed together with the crème fraiche left in the tub I bought for yesterday's dinner.  I would really have liked some cherry tomatoes with this, but we didn't have any and the whole point is to use what we already have. 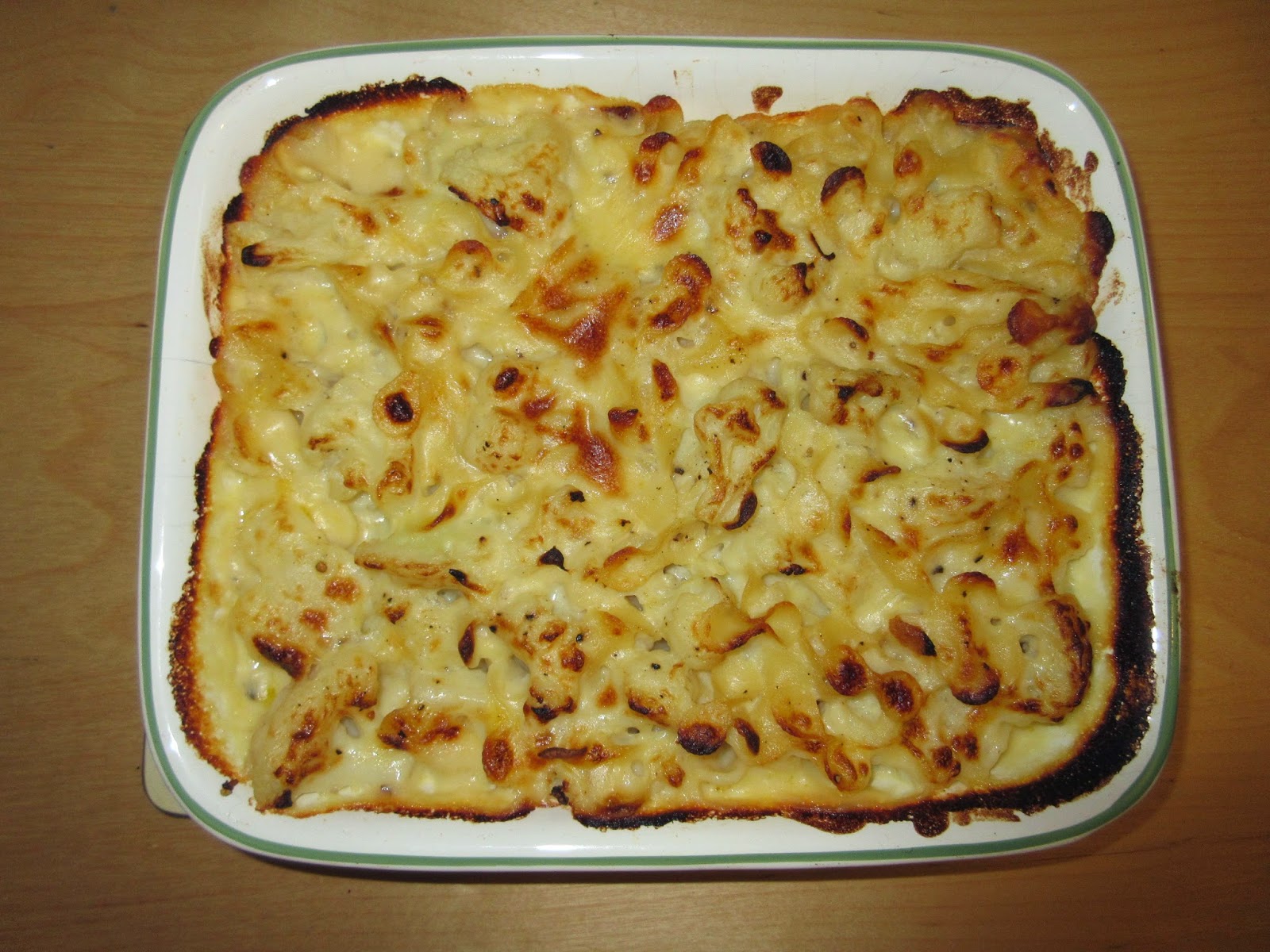 Number Four is cauliflower and macaroni cheese, heavy on the cauli and light on the pasta.  You can just mix the pasta and cauli with cheese sauce and serve straight away but I put the dish in the oven to brown it because the baking time transforms the flavour of the cauli.  I ate mine with some (dressed) salad leaves which were lurking in the fridge and needed to be used up but the Best Beloved and The Mathematician ate theirs "au naturel".  Yummy and cheap. 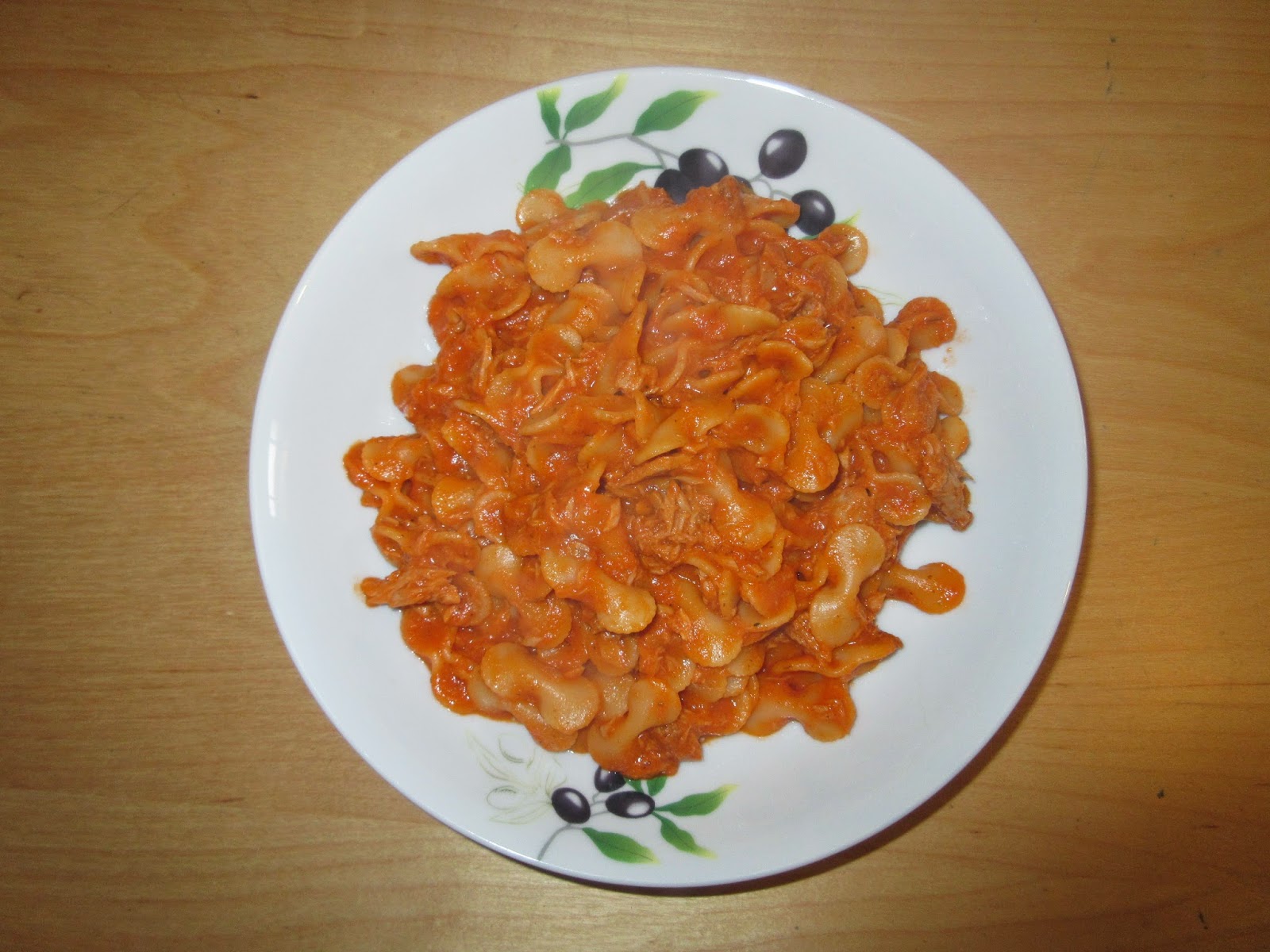 Number Five is one of my staples, pasta with tomato sauce and tuna.  I always have onions, tinned tomatoes and tinned tuna in my cupboard so this is my standby dish.  I put a pan of water on to boil for the pasta and begin the sauce then so I can cook the whole thing in less than 25 minutes.  It's quick, cheap, healthy and very tasty.

So there you are, five pasta dishes.  I think the Best Beloved is looking forward to not eating pasta tonight...but I still have another 3 bags of it in the cupboard!  Hope you have a good weekend - and don't forget to hop over to Amy's blog and have a look at the other Five On Friday posts.