Hello, thank you for popping in to my Shropshire patch.  We are definitely heading towards autumn here, as we turned into our street yesterday I noticed that the leaves on the trees are changing colour.  However, it is still summer until next Saturday, the weather has been sunny and unseasonably warm for the last few days and on Friday I saw four small tortoiseshell butterflies and a comma on the small buddleia in the garden.  I was pleased to see so many small tortoiseshells as their numbers declined by 75% between 1976 and 2018.


Telford is an interesting place - or group of places.  Created as a New Town in 1968, it appears that the planners actually took a group of much older communities, plonked a large shopping centre in the middle, made a good road network to join it all up and built lots of housing estates in the gaps.  Parts of it are very old, some places being recorded in the Domesday Book, and parts of it are very beautiful, although nobody seems to talk about those places.
Stirchley is one of the old places, originally a farming community whose church dates from the twelfth century.  It is a church I had wanted to visit for many years and last September, I finally made it.
﻿ 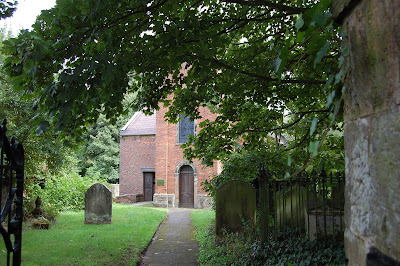 We parked outside the churchyard and entered through the wrought iron gate.  This is the view which confronted us: a lot of brickwork.  However, as we walked all around the building, this is what we saw. - 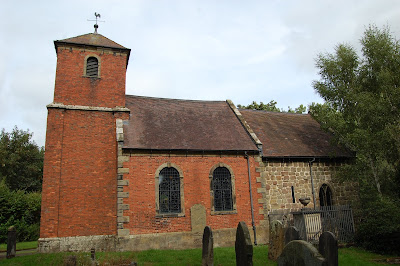 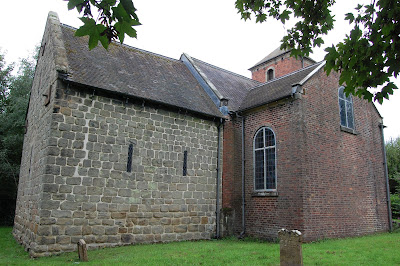 Intriguing, isn't it?  The chancel, at the east end of the church, shows the original Norman stonework.  In about 1740 the nave and the tower were remodelled: the windows were enlarged, the whole thing was encased in bricks, the roof was replaced and an extra storey was built onto the tower.  Why they didn't also encase the chancel in bricks I don't know because it all looks quite odd.  Moving forward it time to 1838, a family of wealthy local employers, the Botfield brothers, paid for a brick extension to be added to the north side of the church, which is the block with large windows which you can see in the photo above.  This extension added seating for an additional 120 people, including a gallery for the brothers' employees.
Inside, the church is typical eighteenth century with high-sided box pews, pulpit and reading desk which probably date from that 1740 remodelling.  I do love box pews, that whole thing about closing the door and being in your own little space is very cosy.  However, I have to report that the seats inside these particular little spaces are very narrow and quite high; I couldn't put my feet flat on the floor, which was tricky as my well-padded bottom was sliding off the perch!  I really found them very uncomfortable. 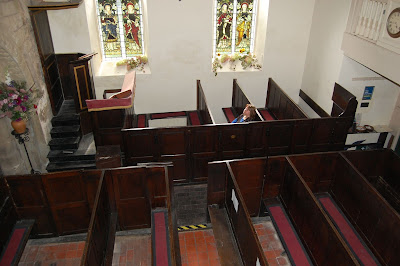 I sat there for quite a while because this church has a lovely, serene feel, perhaps because of the plain white walls which are free of memorials and other "clutter".  Looking from the chancel towards the west end of the nave, there is a rather lovely clock. 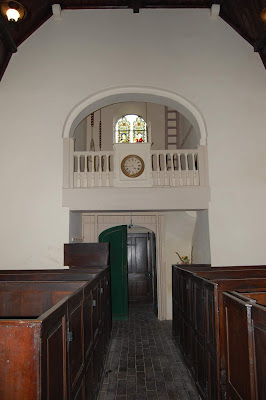 However, the real jewel of this church is the twelfth century carving which decorates the arch between the chancel and the nave and which looks so crisp and fresh that it's hard to believe that it's nine hundred years old.  I sat and looked at it for a long time.
﻿
﻿ 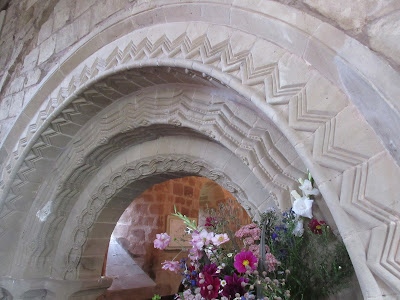 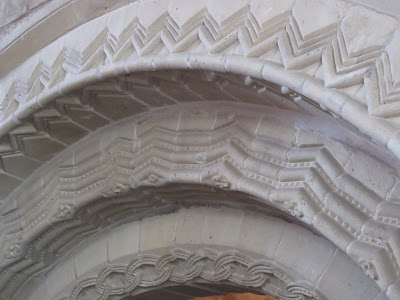 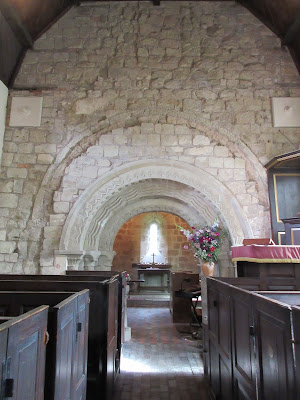 In the picture above you can clearly see that the chancel arch was once very much bigger.  This was revealed when the plaster was removed from this wall in 1979.
The stained glass windows date from the nineteenth century and were bought from another church in the 1970s and installed here.  On the day we visited they were simply and sweetly decorated ready for Harvest Festival. 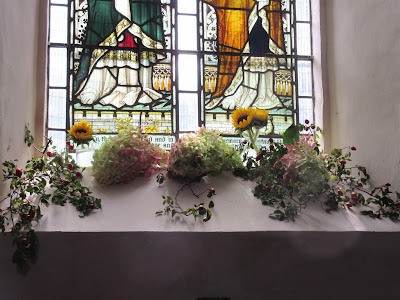 The church was declared redundant in 1975 and later sold to Telford Development Corporation who restored it for use as a museum.  It now belongs to The Churches Conservation Trust and is kept locked but you can borrow the key from the people who live in The Old Rectory next door, which is now a guest house.  However, if you visit next weekend, 21st and 22nd September, the church will be open between midday and 4pm and friendly volunteers from a local historical society will be there.  You could even stay for the Harvest Festival at 4pm on Sunday. 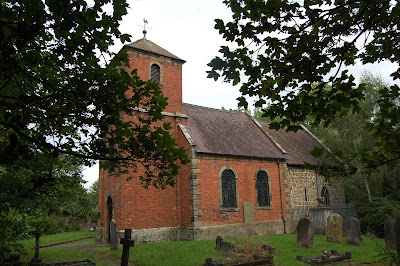