White Snowdrops and a Red Bridge

Hello!  Is it too late to wish you all a Happy New Year?  I suppose it is, although as it's the first time I have been here this year, perhaps I can get away with it? Happy Candlemas perhaps, although I suppose it's too late for that, too, as it was on Saturday and I think it's just one day rather than a whole season.  I packed away my nativity set on Friday - no, I wasn't late, if you don't take your Christmas decorations down in time for Epiphany it is absolutely correct to leave them up until Candlemas and I can't bear to take it down on 6th January when the magi have only just arrived at the stable.  It cheers me up during the bleak days of January when all the other twinkles and jollities have come down and eases me out of the festive season gently.

January was quite odd.  I was ready for some wintry action but, apart from a handful of cold days, the weather was mostly grey and mild.  We had two flurries of snow but nothing which lay.  It was very disappointing and I found the dreariness quite oppressive.  Rather than going out at the weekends, the Best Beloved and I stayed at home beside the fire which we lit more for its company than its warmth.  I read books, knitted, crocheted and felt very sluggish.  I heard somebody on the radio say, when asked whether it was winter or spring, that it's still autumn because we haven't had any wintry weather yet.  Tom Kitten, the Best Beloved and I all had our share of illness which did nothing to lift my mood - to be honest, for about a week I felt quite miserable.  I wanted to come here to see all of you but I didn't have anything interesting to share with you.

However, last Monday the sky was blue and the sun was shining and, as we were both free in the afternoon, the Best Beloved suggested that we go out to look at the snowdrops at Shipton after lunch.  He didn't need to ask me twice.  Off we drove to Shipton in the Corvedale to visit St James' church.  The sunshine, the countryside views and the snowdrops all worked their magic and the spring returned to my step, even though the sky was clouding over by the time we left. 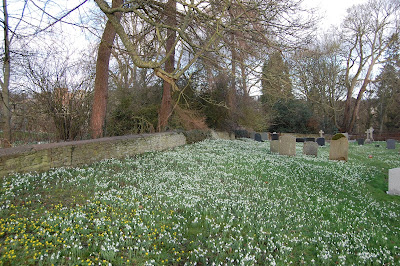 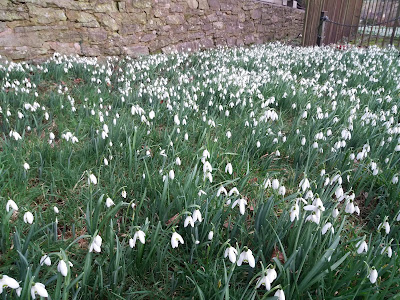 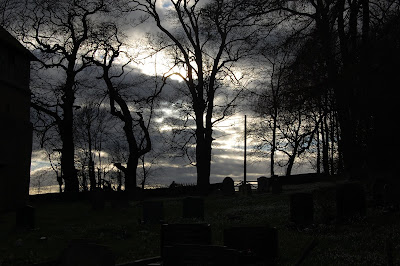 We decided not to go straight home afterwards and drove instead to Ironbridge - I was going to say "on a whim" and the Best Beloved thinks it was a whim, but it was my plan all along, I just didn't tell him about it!  Sometimes, that's the best way.  The iron bridge, the first in the world, reopened just before Christmas after being under cover for a year while undergoing extensive restoration work.  During the course of this work it was discovered that the bridge was originally painted red and so it has been repainted in a colour as close as possible to the original shade.  The Best Beloved and I had been waiting for a sunny day to go and see it and although the sky was cloudy by the time we got there, at least it wasn't grey! 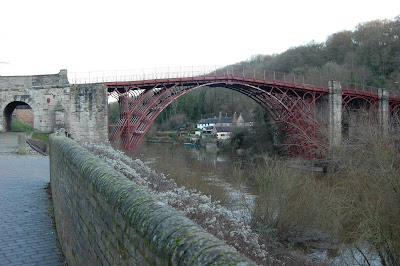 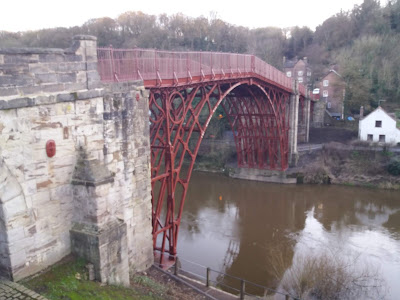 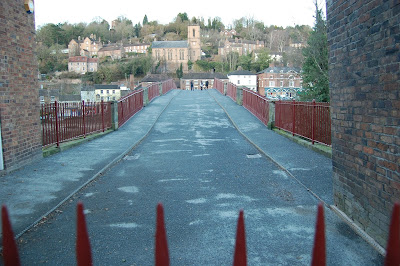 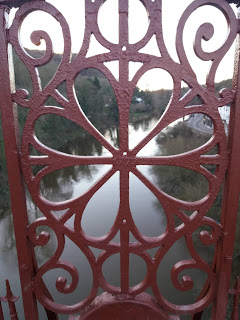 The colour is very controversial locally. I think I need to see it for a year, through the changing light and seasons, before I make up my mind - I imagine it might look spectacular when the trees in the gorge are wearing their autumn foliage.  Here's a similar view, taken in January 2015, so that you can make your own comparison. 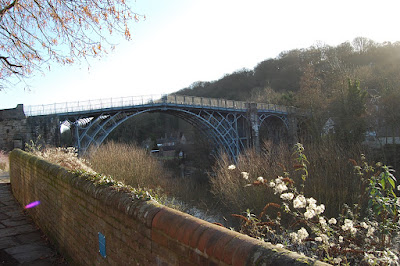 So here we are in February.  Isn't it interesting that one good day can alter one's perception of an entire month?  I'll be here again soon.