An Astronomical Kind of Gal

Hello.  Thank you for calling in.  Friday was SUCH a day, wasn't it?  20th March 2015: vernal equinox and partial solar eclipse.  WOWEE!
I have mentioned before that I am an astronomical kind of a gal.  When I studied O Level Physics we had to learn some basic astronomy and our teachers let it be known that they all disliked it but I couldn't understand why because it fascinated me, it always has done, much more so than bits of ticker tape and sending little vehicles down ramps.  Don't get me wrong, my knowledge is very, very basic, but I am prone to wandering outside on clear nights, winter and summer, to gaze up at the stars in wonder.  The Mathematician always associates Orion with her birthday (January), the huntsman having been pointed out to her since she was very small, and only being visible in the northern hemisphere between January and March.  The Teacher can recall being woken up in the middle of the night when she was 5 years old to be taken outside to sit on the top of her climbing frame with her binoculars to watch a lunar eclipse.

Amazingly, we had a clear blue sky for Friday's solar eclipse.  I say "amazingly" because we always try to watch the Perseid and Leonid meteor showers in August and November and it is ALWAYS cloudy!!  We have never seen them here - although I did catch a spectacular glimpse in the skies over Scarborough a few years ago, just before the clouds closed in.  And August 1999, the last time we saw a partial eclipse?  Yep, cloudy.

So, I realised that the sun was streaming through the back gate directly onto the front of the shed.  Perfect sunshine!  I wedged the gate open to lose its shadow, tore a piece of card from an empty cereal packet and made a hole in it with a 2.5mm knitting needle.  Result: pinhole camera.  Cost: £0.  This is what I saw - 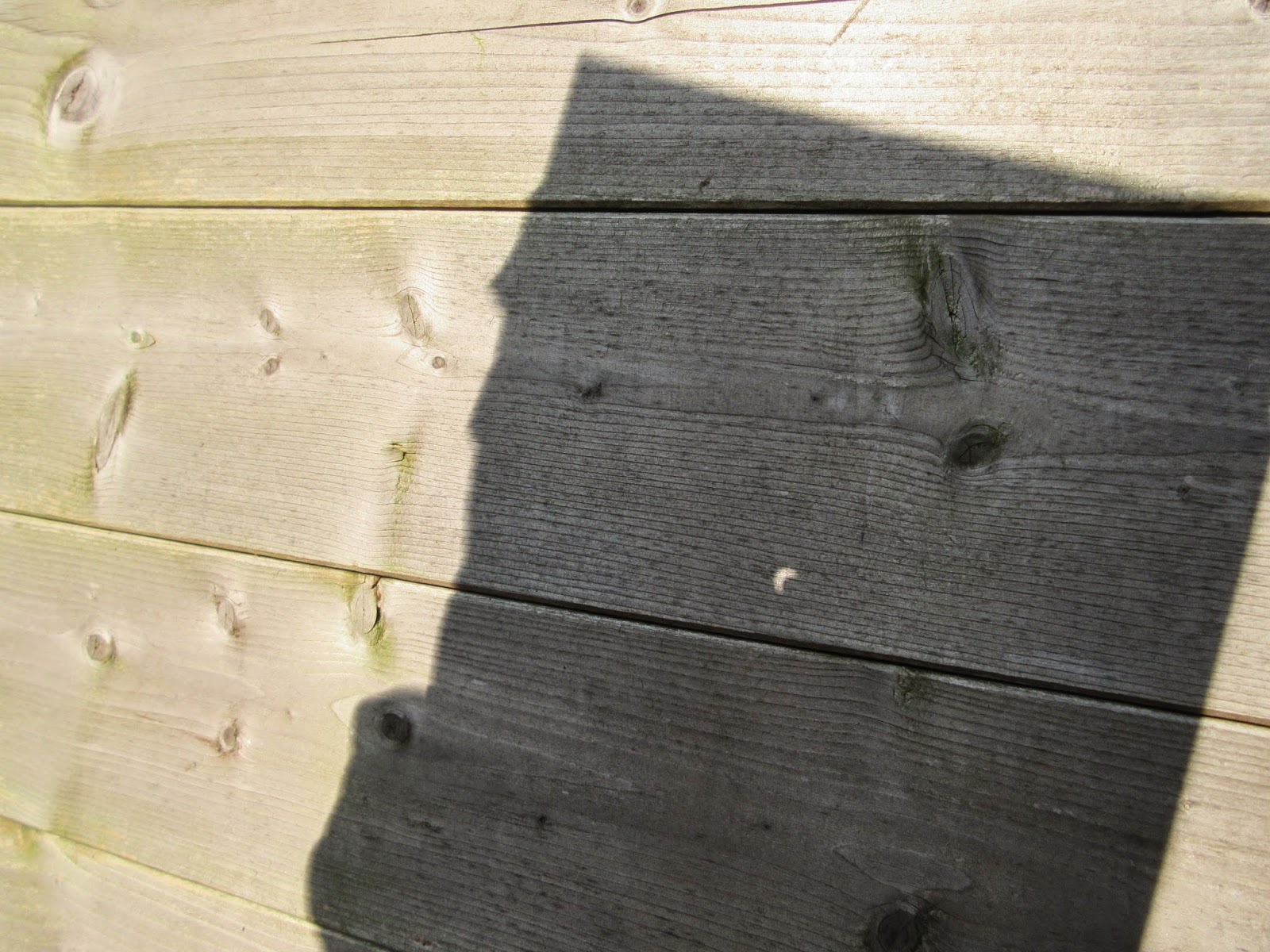 I had the BBC Stargazing team on indoors and kept nipping back inside to watch their fabulous pictures, especially as the eclipse reached totality - Baily's beads, the diamond ring, the corona.  This is what I saw on my shed - 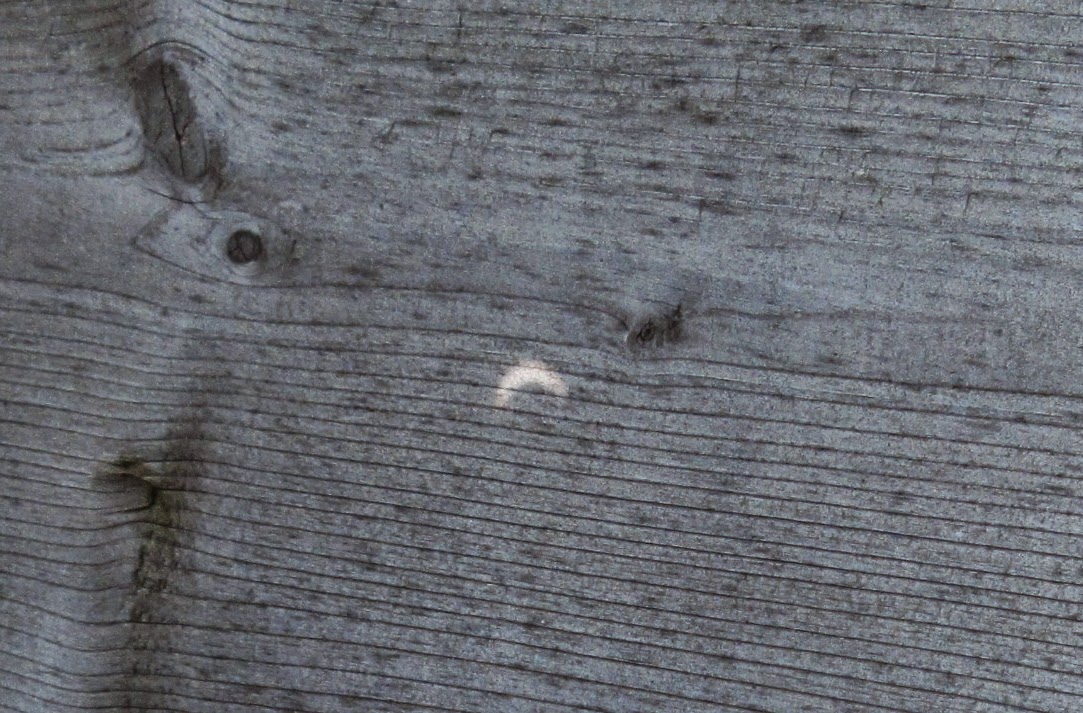 I know that it's very amateurish, that there are absolutely stunning photographs all over the internet, but the point is that I didn't just sit indoors and watch the eclipse on a media screen, I was outside experiencing it and my photos are a record of my experience.  I know that the light level dropped about ten minutes before the peak of the eclipse and lifted again about ten minutes afterwards because I saw it, and I know that the temperature dropped by a few degrees during that time because I felt it.  I also felt ridiculously excited!  I think we are the only planet in the solar system which has solar eclipses, and it is simply coincidence that the sun and moon appear to be the same size in the sky, the sun being about 400 times larger than the moon but also about 400 times further away from the Earth than the moon.  COINCIDENCE!!!!  An astronomical coincidence which I was able to experience in my back yard in Shropshire.  A-MA-ZING.

And the equinox?  The Earth spins on an axis, through the north and south poles, which is tilted relative to its orbit around the sun. When the north pole is tilted towards the sun, it is spring and summer in the northern hemisphere; when the south pole is tilted towards the sun, it is autumn and winter here in the northern hemisphere.  There are 2 points in the year when the poles are both the same distance from the sun: the spring and autumn equinoxes.  At these points, day and night are of equal length.  From Friday until the autumn equinox, the north pole will be tilted towards the sun. If the axis were not tilted, day and night would always be of the same length, we wouldn't have long summer evenings, we wouldn't have any seasons giving rhythm to our lives, a rhythm which I love.

So Friday was the first day of spring, officially.  The sun returned to the northern hemisphere (or rather, the northern hemisphere tilted towards the sun).  From now on, the days will lengthen, the sun will climb higher in the sky and the temperature should rise.  It's a time of reawakening and renewal and ... spring cleaning!  And that is how I marked the day, with a spot of spring cleaning, wiping away the old season and welcoming in the new, giddy with happiness and excitement.  It felt REALLY good.

See you soon, after I've calmed down a bit!