Hello, thank you for popping in.  If you are in the UK, today is Mothering Sunday - not Mothers' Day, but historically, the day when people went to worship at their mother church.  Young people who were in domestic service were given the day off and walked home to their villages, picking wild flowers from the roadside to give to their mothers when they got there.   However, I love the fact that it has become a day to celebrate our mothers, mothering is hard work and one day in the whole year when this is recognised doesn't seem too much to ask.  I know that it can be a difficult day for those whose mothers have died, or indeed those mothers whose children have died, as well as those mothers and children who are not in contact with each other, but nevertheless, I think it is important to mark the day, and ignoring those we have loved and lost isn't helpful.  For me, it has never been about extravagant gifts, a card is sufficient and if it is homemade, so much the better.
This year, however, Mothering Sunday has a special resonance for me because 15th March was my paternal grandmother's birthday.  Here she is, Julia May Spiers, never called Julia but always Julie or Ju - but known to her grandchildren and great-grandchildren as Nanny. 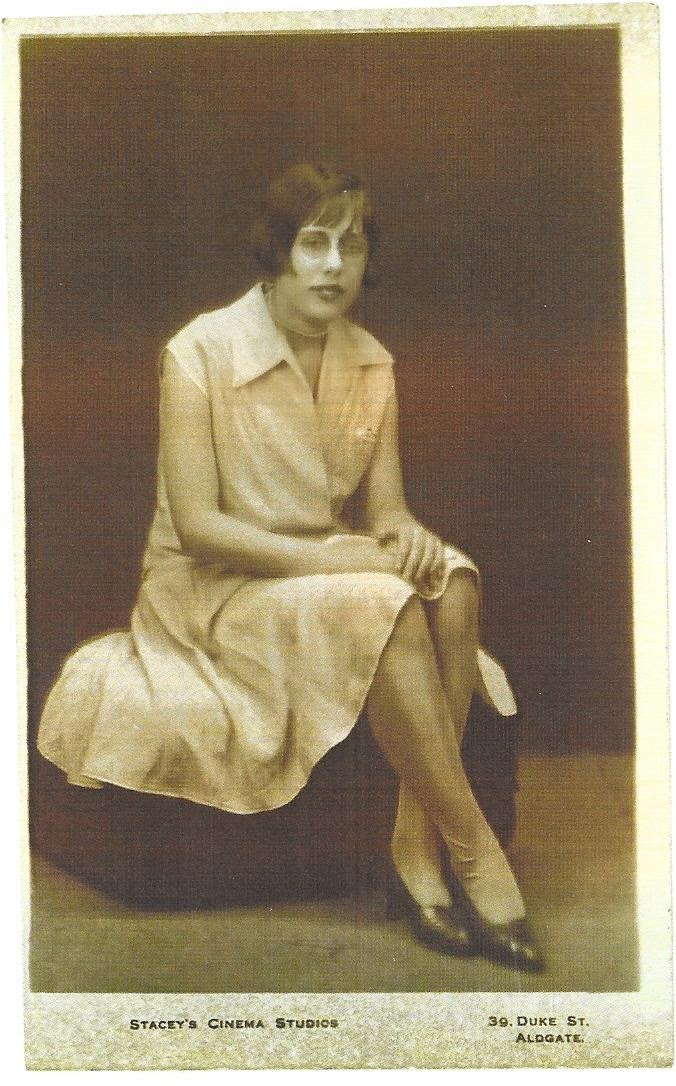 She was born in Shoreditch in East London on 15th March 1912 and when she was two and a half years old, her father joined the army and went off to fight in the First World War.  She and her mother, Carrie, moved in with her father's family until he came home, severely injured, three years later.  Julie was an only child but had a large extended family, she was a good swimmer and a good singer, and at the age of 21 she married her sweetheart, Art, and they moved into a house in the same street as Julie's parents. 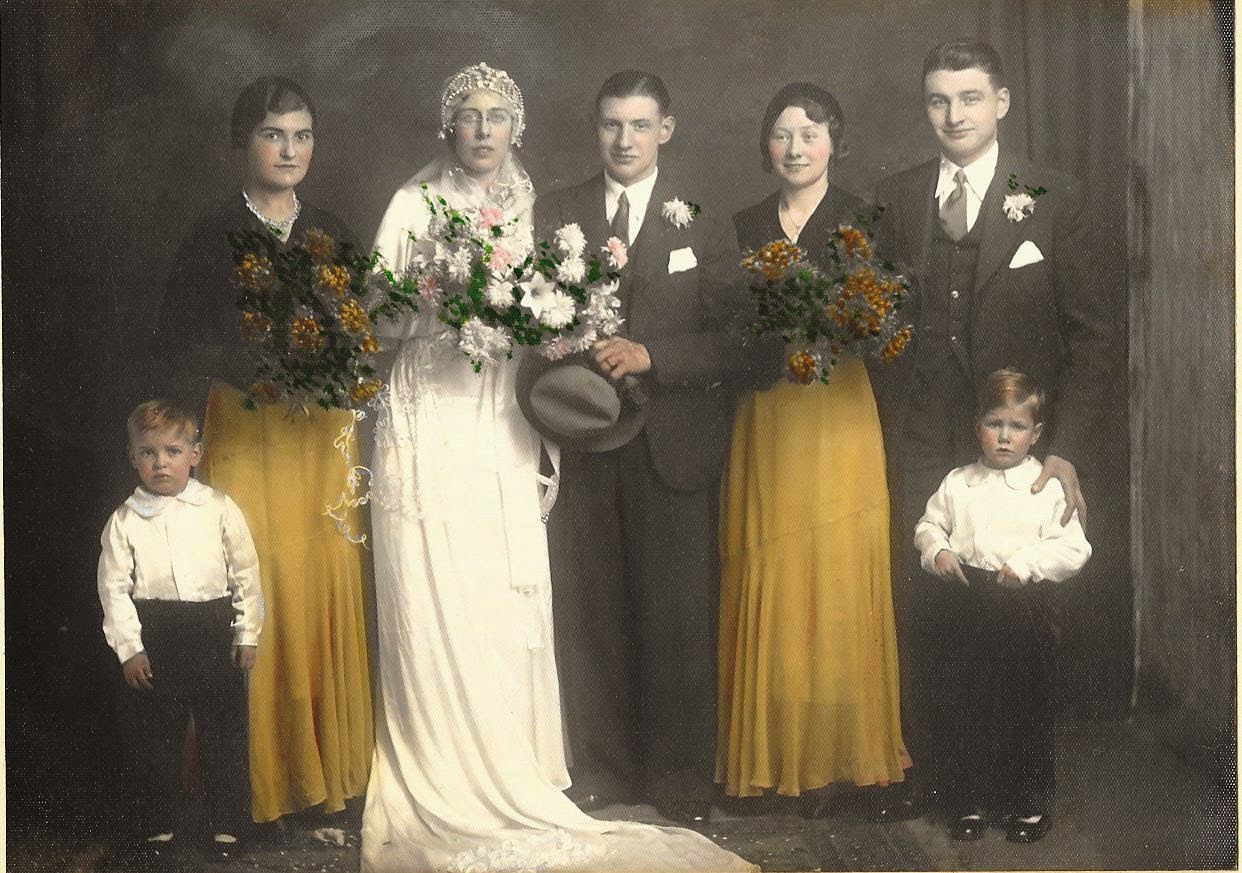 Five and a half years later, in the summer of 1939, Carrie died and Julie's father moved in with her and Art.  My father was born in 1941 and two years later, Art was conscripted into the RAF and sent overseas for three years.  I have read that Carrie's generation of women lost their husbands to the First World War and their sons to the second and I feel grateful that the womenfolk in my family were not scarred in that way, but Julie was temporarily abandoned first by her father, then by her husband and although they came home, she didn't know that they would and I can't imagine how that must have changed her.  She miscarried a child while Art was away, conceived before he left, but gave birth to another son after Art came home.  So there she lived in a houseful of men - father, husband and two sons.  During the 1950s Julie became Akela to the local Cub Scouts - more boys to look after.
So it must have been surprising when 5 granddaughters came along before a grandson.  I was the first, and here she is holding me at my Christening. 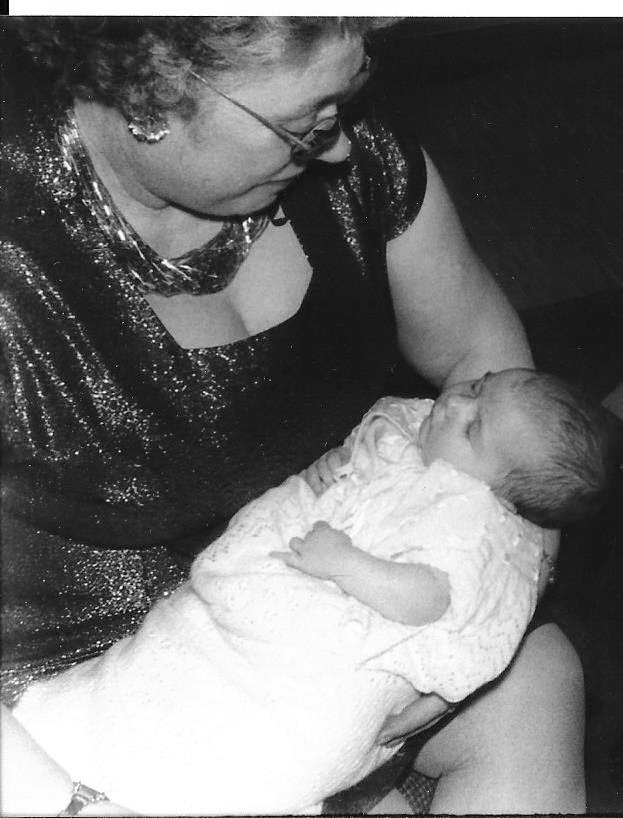 See that sparkly dress?  That dress is so typical, she LOVED a bit of sparkle.

In 1952 Julie became the caretaker of a church, a job which came with a house.  She looked after the church and all its associated rooms and activities - I can remember her taking me in to sit at the back of the church during weddings, going to Christmas bazaars and, on Tuesdays, the church's thrift shop.  Everyone knew me, of course they did, I was Julie's granddaughter!  My parents were married in that church, as were my aunt and uncle, and two of my sisters and I were christened there.  Julie had to retire from being Akela when she was 65 years old but she didn't retire from her job until 1989, when she was 77.  She once told me that in all that time, she never had a pay rise.  Can you imagine that, starting a job and being on the same salary 37 years later?  By the time she left, the organist was paid more than she was.

So, having lived in a very small patch of East London for all of her 77 years, 37 of them in the same house, Julie then moved to ...Cardiff, to be near my parents.  Can you imagine the culture shock?  And having lived in a 3-storey, Georgian terraced house with no back garden and no fitted kitchen situated on a main road with a bus stop outside the front gate, she and Art moved into a 1980s-built, 2-storey detached house with fitted kitchen, back garden and a lawn situated on an estate!

Julie loved being with children and her weekly shop included a bag of sweets and chocolate bars which she took to church every Sunday to give to the children who were there.  They flocked around her after the service, waiting for her to open her capacious handbag.  At home, she kept a bowl full of sweets in her sideboard for her grandchildren and later, great-grandchildren.  I think it drove my mother to distraction when she broke the rules and offered them to us before our lunch! 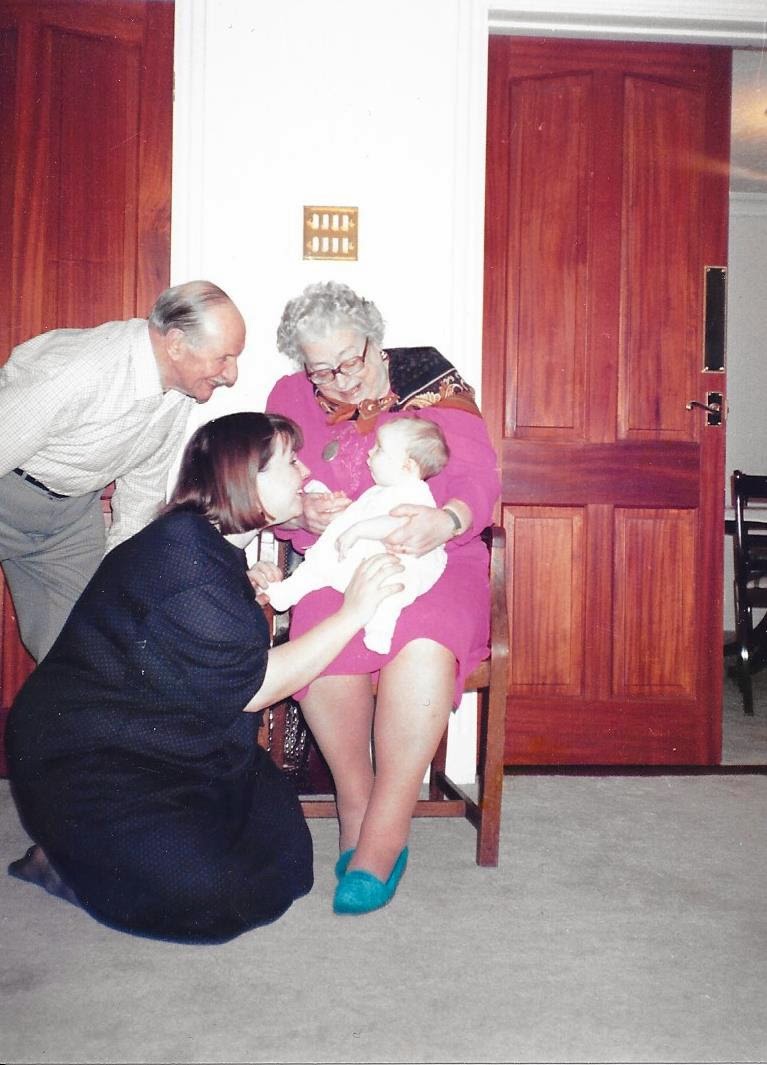 Julie died in 2005, having lived to meet 7 great-grandchildren (that's The Teacher on her lap in the photo above) and I made sure that I wore a bit of sparkle to her funeral.  I know that I am very lucky to have had my grandmother in my life for 40 years.  I think of her often and I still miss her.  This is what she taught me: I cannot recall ever hearing her say a bad word about anyone.  I don't know if she thought it or not, but I never heard her say it.  She was the most non-judgmental person I have ever met.  When I was young, the fact that she didn't give me special attention when I won prizes or did really well in exams really bothered me, I felt that I had earned and deserved some acclaim, but as an adult I realised that she loved me simply because I was her granddaughter, unconditionally.  Simply because I was me, warts and all.  That's very powerful.
Happy Birthday Nanny.  You were very special and we miss you. 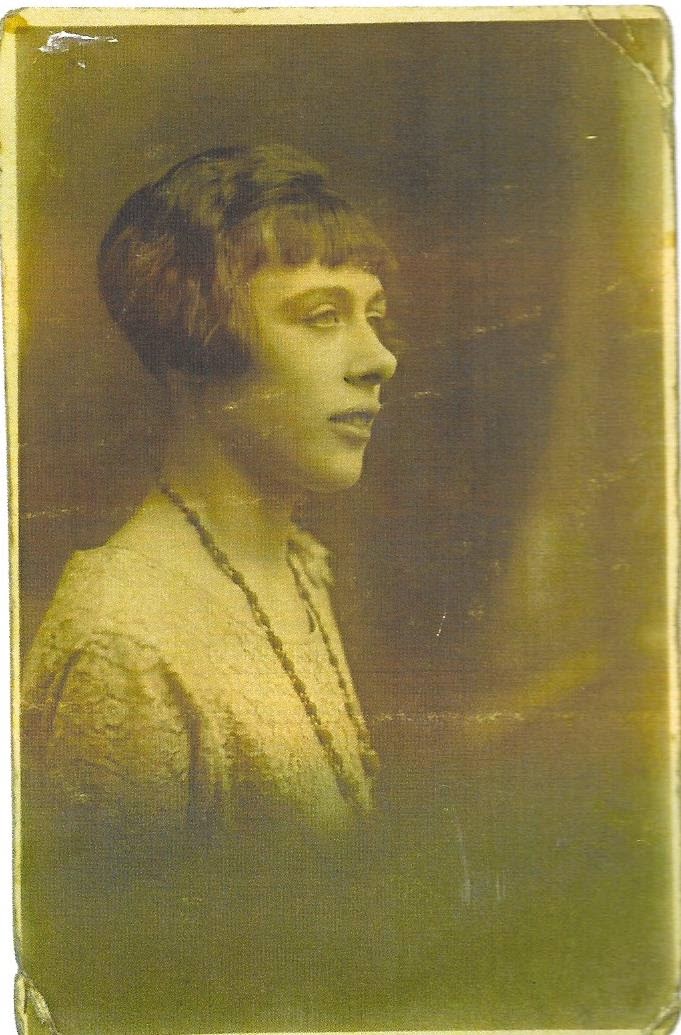