Seek And Ye Shall Find

Helo, Dydd Gwyl Dewi Sant Hapus! - Or, if you don't speak Welsh, Hello, Happy St David's Day!  David was a sixth century Welsh bishop who was canonised in the twelfth century and made patron saint of Wales.  At that time his shrine was considered so important that the pope stated that two pilgrimages to St Davids Cathedral in West Wales were equivalent to one pilgrimage to Rome and three pilgrimages to the Cathedral were equivalent to one to Jerusalem!  I have visited the shrine myself, twenty-five years ago, in the tiny city that is St Davids.  And although I am not Welsh,  I have family in Cardiff and Welsh nephews and a niece (who now, at ten, considers herself too old to wear the national costume on St David's Day).
So, having blogged every day during February, I thought I should take some time to ponder over that.  As you may remember, I set out to find something that made me happy every day in order to overcome the general negativity that there is about February.  I was jolted into this by the Bishop of Stafford, who wrote that the best thing about February is that it is a short month, and in fact, I e-mailed him and told him that those of us who have birthdays in February can't help when we were born and that it is difficult enough to get people happy and excited for us without bishops wading in! Get me!  He did send me a lovely reply.
So, what made me happy?  Well firstly, there was my Significant Birthday and the cakes, flowers and celebrations associated with that.  They couldn't have happened during any other month.  Then there was half term with lazy days and outings to the snowdrops, the woods and the seaside.  During this Easter term, the half term holiday always falls in February so they couldn't have happened during any other month, either.  Then there were things which could happen during the warmer months but give far more pleasure when it's cold: a fire (who wants to light a fire in July?), a hot water bottle, handknitted socks and cosy slippers and similarly, the flowers in the garden are delightful in the summer but the first flowers to break through the frozen earth in the winter give special delight.  Likewise the blue skies!  Then there were the things which give equal pleasure whenever they happen: the love and support of family and friends, the birds in the trees, knitting with friends, a mug of tea, things which because they happen frequently can easily be overlooked and/or taken for granted, but the point is that they did happen in February and they did make me happy, which leads me on to my next point.

I found something which made me happy EVERY DAY because I was looking for it.  Had I not been actively seeking it, there were days when I may have overlooked it and not realised the pleasure that I get from it, BUT IT WOULD STILL HAVE BEEN THERE.  Am I explaining this properly?  Take my mug of tea, for example.  I drink mugsful of tea every day, it's part of my routine, just part of living, of getting through the day.  But on 24th February I acknowledged that drinking that tea made me feel happy and because nothing else that day had made me feel happy, I realised just how important that tea is to me.  So those mugsful of tea which are such an integral part of my life are actually able to make me happy every day.

This has been a revelation to me, the fact that actually there are things which make me happy all around me.  I don't always feel happy, in fact I go through periods during which I can't find any happiness at all, but I know now that the happiness is there, waiting to be found, that it is in the small things, the mug of tea and the handknitted socks, as much as it is in the big parties and the splendiferous cakes, that if the weather is dreadful and an outing has to be postponed, there is equal happiness to be found indoors.  Different, but equal.  FEBRUARY HAS BEEN AMAZING because of my attitude towards it - and I know this is a cliché, but it's been a Positive Mental Attitude (is that a tautology? Surely an attitude has to be mental?).  I have not felt so positive, so energised for years.

So that is what I intend to take forward.  I don't intend to continue blogging every day - I take my hat off to those of you who do, I honestly didn't realise how difficult it would be - but I do intend to continue finding pleasure in the small things if the big things let me down because life without happiness is actually unbearable in the long term.  Seriously.

If you have made it this far, thank you.  Although I haven't acknowledged it before now, writing this blog, recording the things which have made me happy, and the knowledge that there are people who are reading it and furthermore, enjoying it, is tremendously helpful to me.  I am not going to stop.  And now, I am going to show you a photo (thank you for your patience), not a recent one, but a photo taken nine years ago.  It is of The Mathematician and it is so exuberant and full of colour and joie de vivre that my heart lifts whenever I see it.  It is happiness. 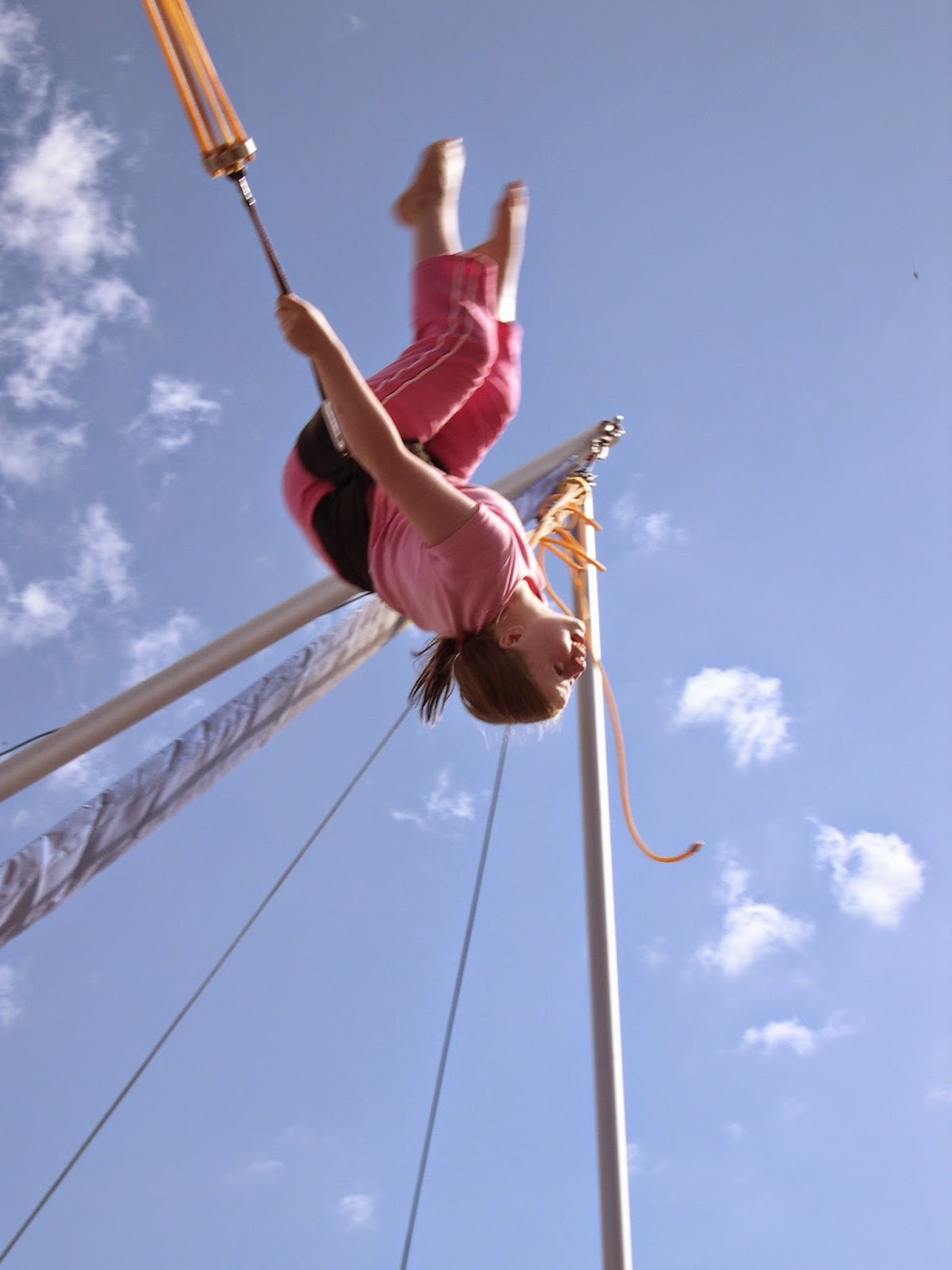